The Classic 24, which ran for the seventh time this year on 28-31 October, is the brainchild of Historic Sportscar Racing (HSR) based in Clearwater Florida.  Such is the 59-year lore of the official 24 hours of Daytona (now The Rolex 24 at Daytona), it is easy to see the strong attraction for the historic racers to come and test themselves on the 31-degree banking.  Even seasoned pros who have turned many a wheel here for a paycheque return on their own dime because it is so much fun.  As the late Jim Pace said, “There is nothing more magical than being in a race car at sunrise at Daytona”. 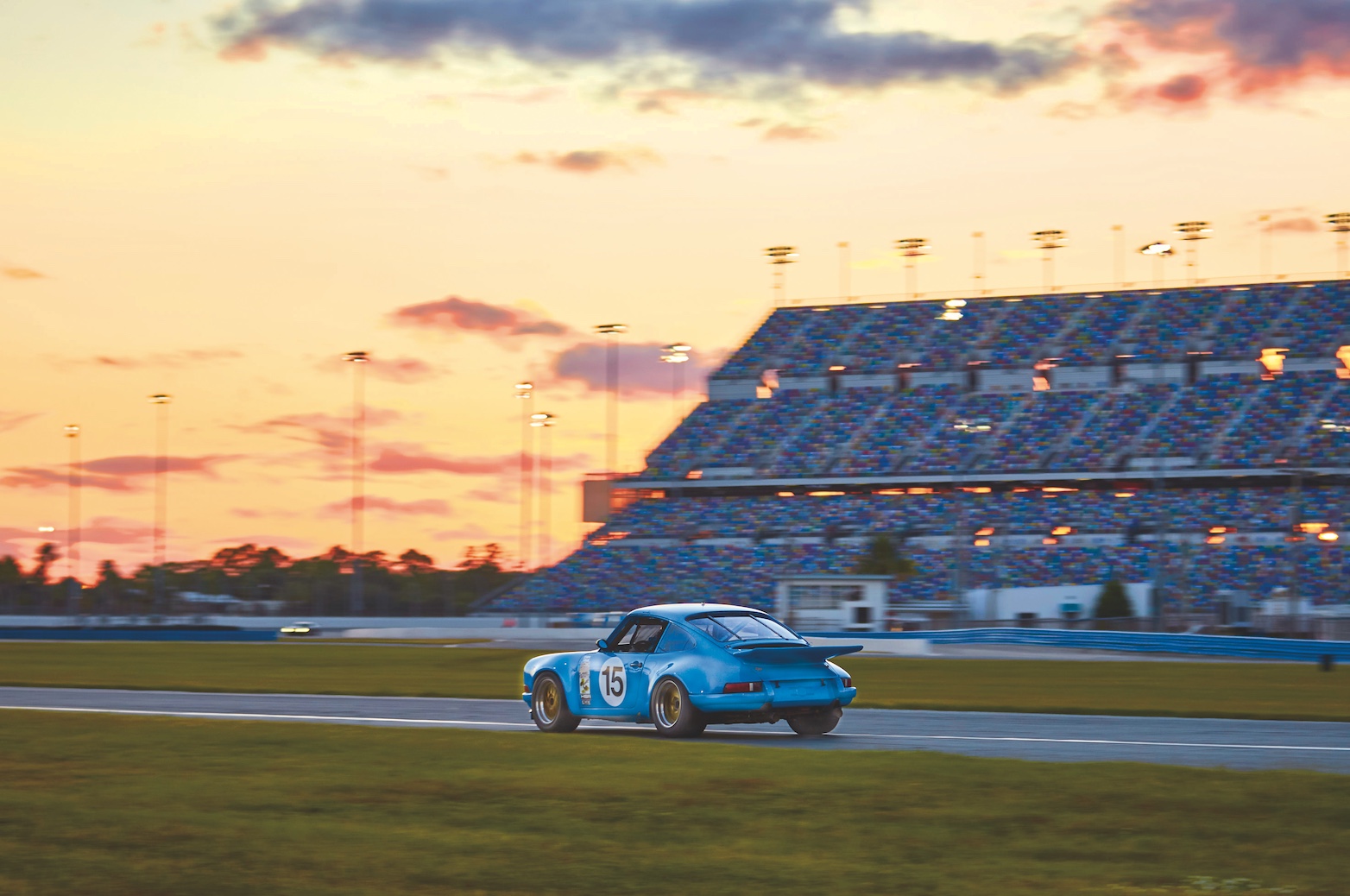 The event is actually two race weekends in one.  The Classic 24 and the Daytona Historics.  The Classic  is open to cars that raced or were eligible to race at Daytona in period.  The Historics are a series of sprint races and enduros for the many HSR faithful that don’t qualify for the Classic.  This makes for a non-stop, never-a-cold track four-day weekend.  If drivers don’t get their fill of track time at this event, they aren’t trying!

For obvious reasons, European entries this year were thin on the ground.  In fact, no cars and just 3 non-US drivers joined the always strong domestic field.  Special cars of note this year were the 1991 Jaguar XJR-16 GTP car, an absolutely pristine 1977 Porsche 935 resplendent in Martini livery and another Jaguar, the Group 44 1982 XJR-5 complete with wailing V-12.  Competing with the Jag XJR-5 for best noise were the pair of GTLM spec Corvette C7Rs.  Once you’ve heard the sonic boom of the Corvette engine on song, you will never forget it.