Victories for Jonathan Abecassis (Austin-Healey 100/4) and Patrick Blakeney-Edwards (Frazer Nash Super Sports) evoked memories of the past at Castle Combe’s seventh stand-alone Autumn Classic event on Saturday, October 5, by common consent one of the best (maybe the best) CCAC yet. 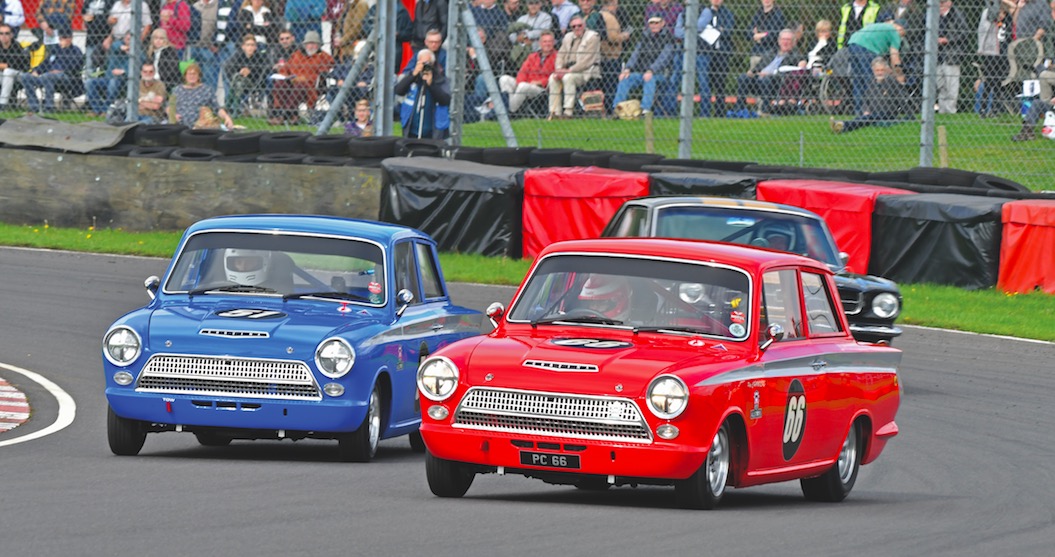 Despite a worrying vibration from his Super Sports’ rear end, Blakeney-Edwards bested 29 rivals in the Freddie Giles Memorial Frazer Nash feature race, emulating the local hero’s legendary aplomb in the chain-driven cars at the circuit that the marque’s parent company, AFN Ltd., effectively owned from late 1963 until 1975 when its saviour Howard Strawford took on the lease.  Intrepid youngster Tom Waterfield seized second from Eddie Williams, also driving a Super Sports, after a wonderful scrap in PB-E’s wake. 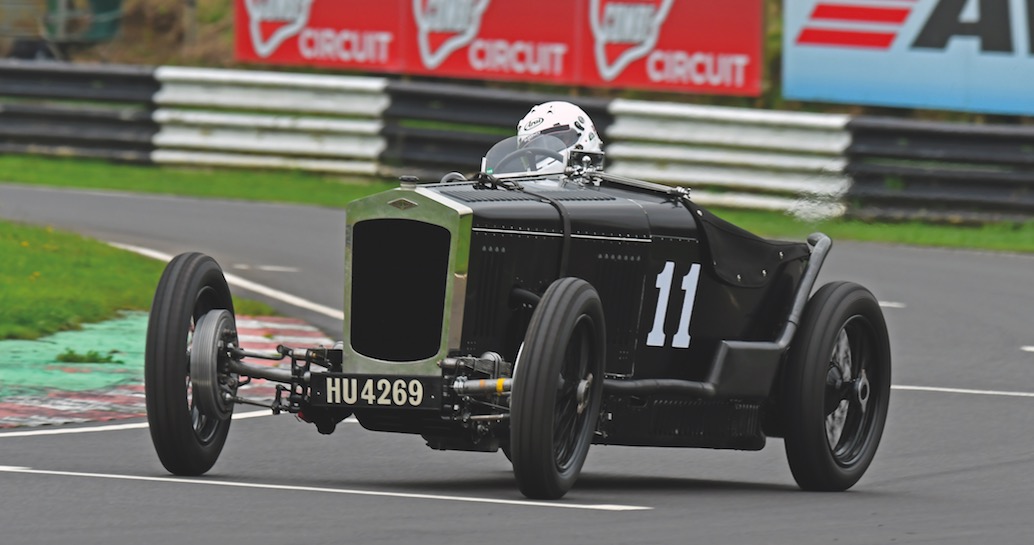 The death of enthusiastic Historic racer Marc Swaffer, 61, cast a shadow over the seventh Castle Combe Autumn Classic on October 5.  Swaffer’s Austin A40 veered quietly off the circuit at the Bobbies deviation and came to rest in a field of tall crops.  Despite prompt attention, doctors were unable to revive him.  Businessman Swaffer started racing in the HRDC’s Austin A35 Academy class in 2015 and, having achieved promising results, graduated to the Speedwell spec A40 last season.  HMRN extends its sympathies to his family and friends.