With all the precision of a synchronised swimming squad the Denis Welch Motorsport-run Austin Healey 3000s of Mark Holme and Doug Muirhead – both aided by Jeremy Welch – splashed to a resounding one-two finish in the GTSCC enduro that closed another soggy Castle Combe Autumn Classic on October 2.

Welch started Muirhead’s TON 792 – built as the first right-hand-drive 100/6, originally BMC chairman Sir George Harriman’s – then leapt into Holme’s SMO 746 – a works rally car raced by police chief John Gott until 1972 – for a short middle stint in the 90-minute race, in which the owners did most of the work.

Weathering heavy rain, the pair finished 33 seconds apart.  “It was brutal just getting to the end,” beamed Holme, with blistered fingers as a souvenir, having added another gold to his overall victory on the combo’s debut at Thruxton last year and a class win at Donington this summer.  Muirhead was elated with P2 on his first visit to the popular airfield circuit near Bristol, which hosted a Formula 1 race – won by Franco-American Harry Schell (Vanwall) in October ‘55. 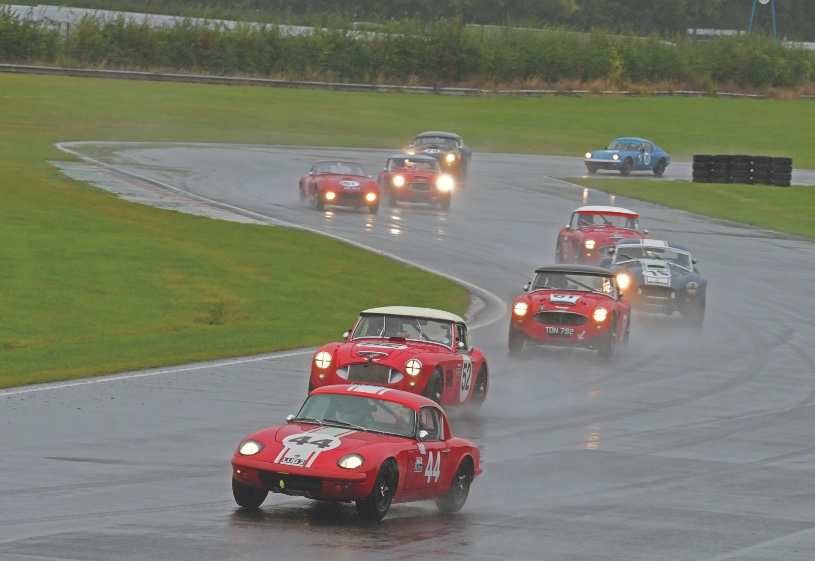 For a report of all the racing see our November 2021 issue….