Castle Combe’s ninth Autumn Classic should have been a special climax to the circuit’s 70th Anniversary celebrations on October 3-4.  Coronavirus dictated a late start to the season, with initial events run without spectators, but just when car club members and enthusiasts (in limited numbers) were invited back to South West England’s longest-serving venue, cruelly the rains came.  Thirty-six hours of unbroken precipitation failed to break competitors’ spirits on the Saturday – when a superb GT & Sports Car Cup enduro played out – but no overnight respite saw the new-for-2020 second day torpedoed.  Two feet of standing water in one run-off area made racing untenable. 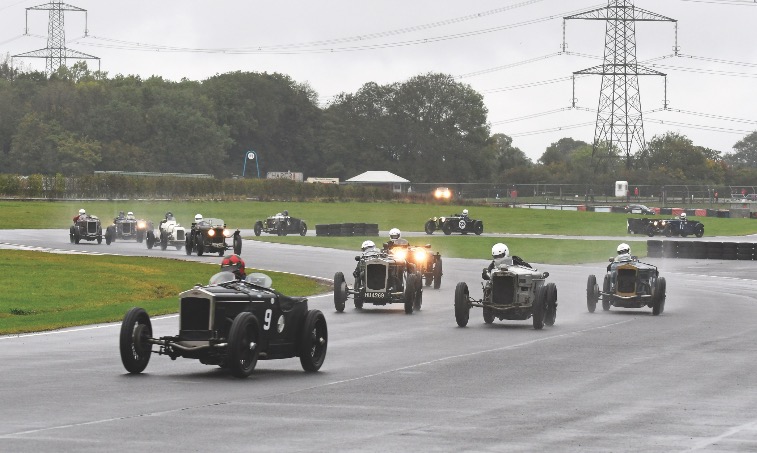 The GTSCC spectacle was world class.  An extraordinary battle raged throughout its 90 minutes as Andrew Haddon/Andy Wolfe (Lotus Elan) and Gregor Fisken/Marino Franchitti (in Gregor’s hooded early GT3 spec Jaguar E-type) slugged it out.  The cars were seldom more than a few seconds apart, their owners starting and finishing – but the mid-stint scrap between the vastly-experienced Wolfe and 2014 Sebring 12 Hours winner Franchitti was wonderful to behold as they scythed through seemingly endless traffic in the 33-car field. 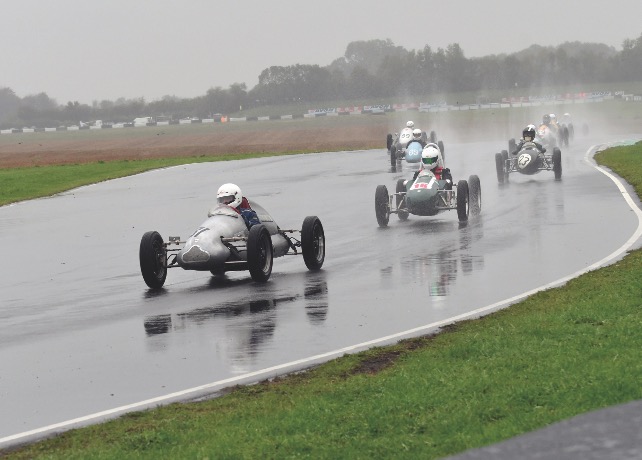 The sweet aroma of methanol fuel pervaded the area as 18 500cc Formula 3 cars of the 1950s, representing 10 chassis marques and three engine manufacturers took to the wet track

The sweet aroma of methanol fuel pervaded the assembly area as 18 500cc Formula 3 cars of the 1950s, representing 10 chassis marques and three engine manufacturers, prepared to head out for the rolling start in the distant wheeltracks of period stars Stirling Moss, Peter Collins, Don Parker and Jim Russell.  Missing, alas, was 2016 victor Richard de la Roche who had qualified his Smith Buckler on pole, only for a big end bearing failure to silence its JAP engine during the warm-up ritual. 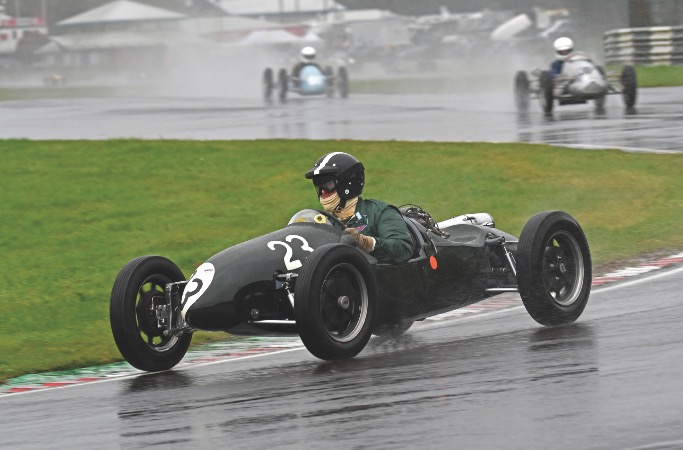 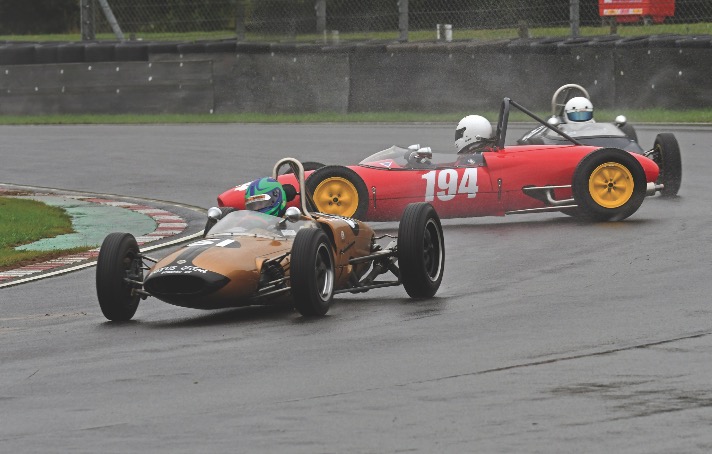 For a full report see our November 2020 issue