The newest long-distance rally organisation, the not-for-profit Rally the Globe, got back to business on 2-12 October with its first long distance adventure since it had to cancel its ambitious plans to, literally, Rally the Globe.  Inspired by Italian rally history, Carrera Italia started and finished in Sanremo on the Italian Riviera – home to the country’s round of the World Rally Championship for many years.  A 2800km (1750 miles), ten-day route, starting from the balmy Ligurian coast and climbing up into the Alto Adige and the Dolomites, through rain, wind, sleet and hail, returned to Liguria via the Adriatic resort of Rimini, the Apennines and the vineyards of Tuscany. 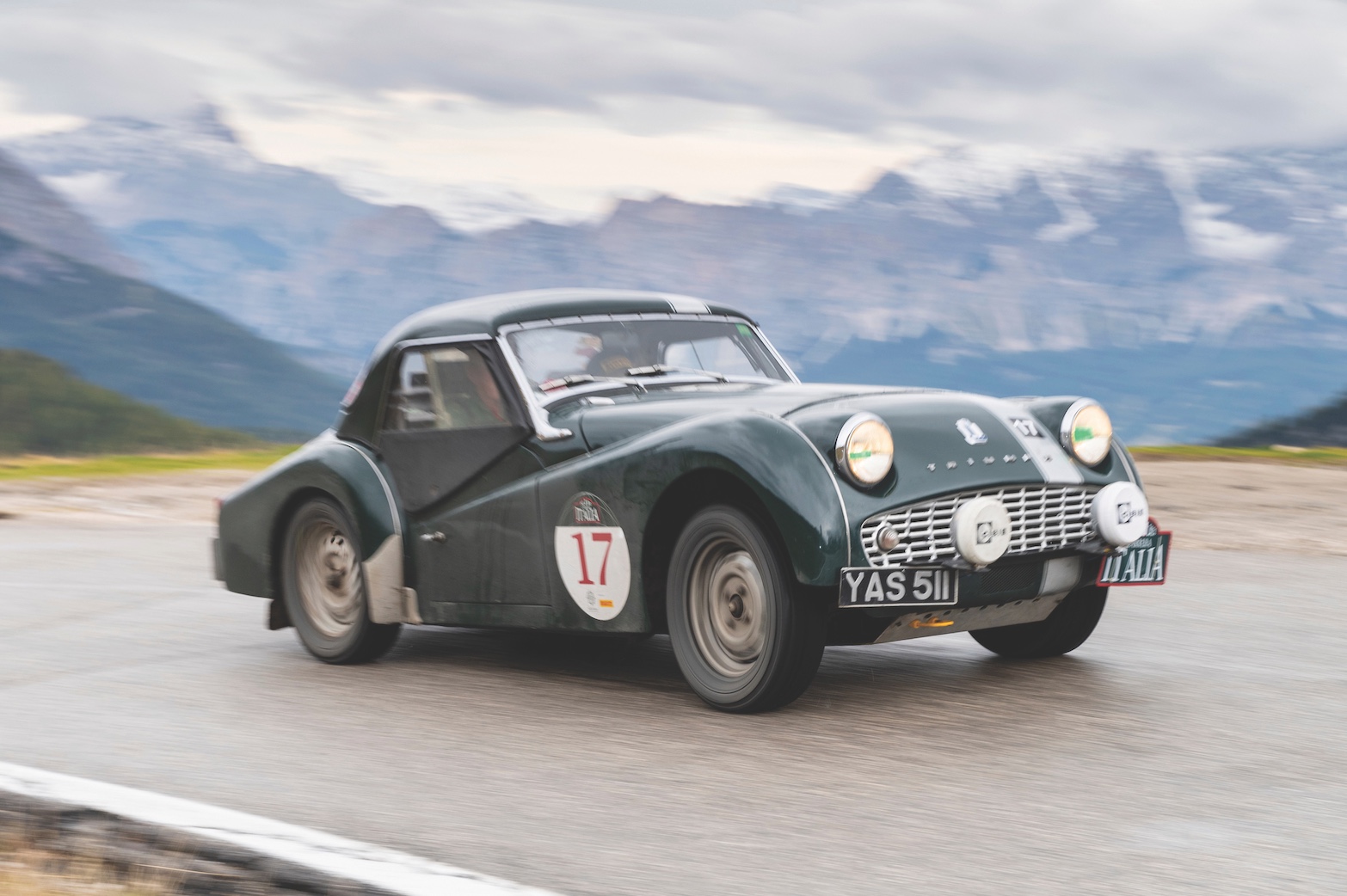 With regularities along the way, special tests on racing circuits, including the Autodromo di Modena, five-star hotels, fine food and wine, the final winners were Mike and Lorna Harrison, completing a double after winning the  Highland Thistle Rally a month earlier in their Triumph TR3A.  Top honours in the Vintage class went to the 1938 Frazer Nash-BMW shared by first time winners Bertie and Charlotte van Houtte.  The two overall victors were joined by class winners – Steve and Jenny Verrall (1965 Porsche 911), Roy and Rachel Stephenson (1973 Porsche 911) and Manuel and Irene Dubs (1965 Ford Mustang V8 Convertible). 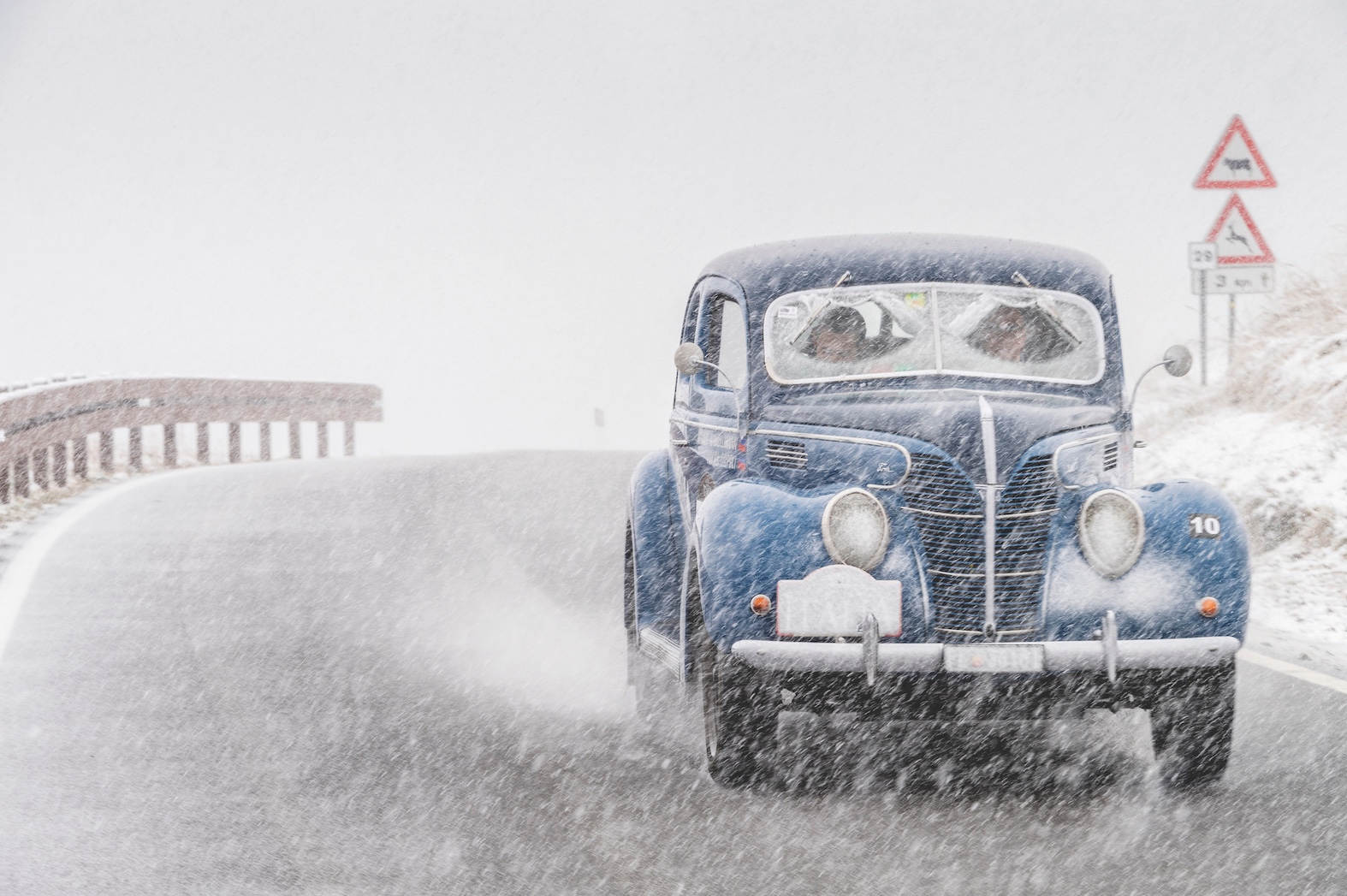 Climbing up into the Alto Adige through rain, wind, sleet and hail….  Photos Gerard Brown Courtesy Rally the Globe

The prizes were presented to the winners by Ari Vatanen, the renowned ‘Flying Finn’.  “To have Ari with us was just an incredible finish to an incredible event,” concluded Rally Director Fred Gallagher, who co-drove for Vatanen back in the day. 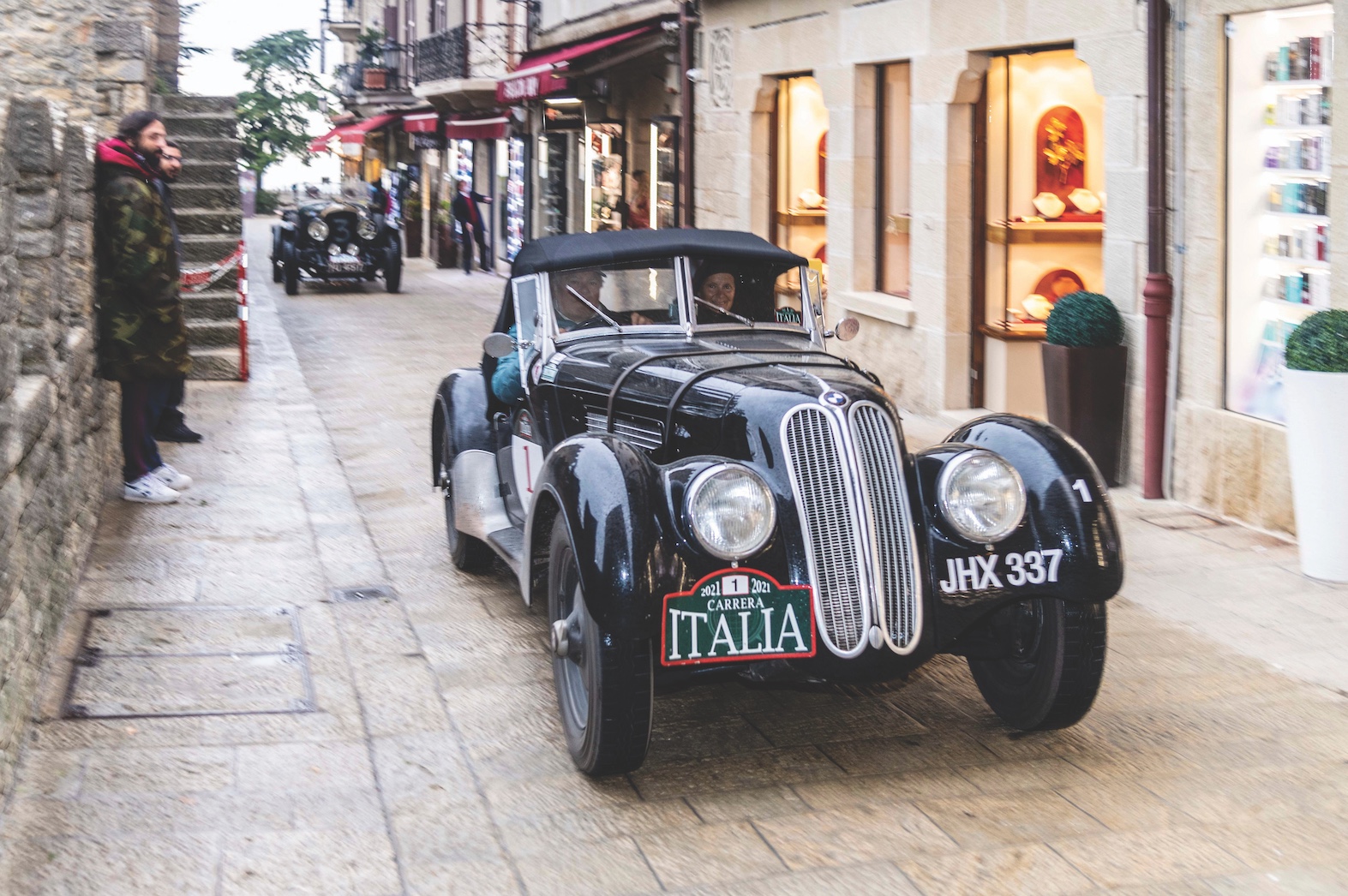