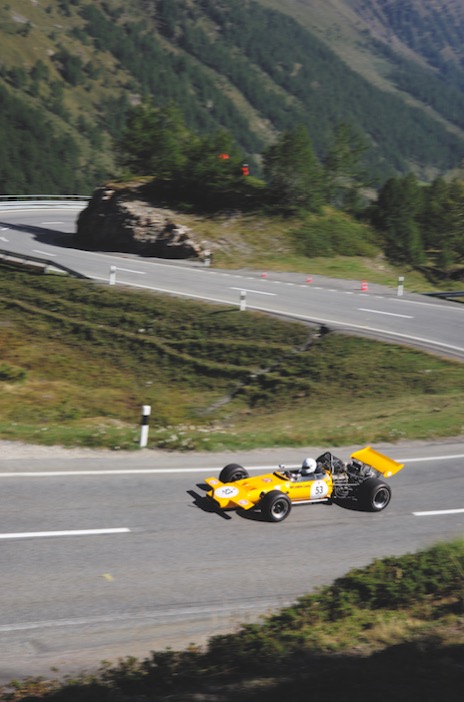 From humble beginnings in 2014, the Bernina Gran Turismo 2019 event proved there is an ncreasing appetite for a sociable hillclimb amongst owners of great cars. Staged on the Bernina pass just outside of the chic resort of St Moritz, this year’s event brought out an even greater variety of cars to run in the competition and regularity categories, with little distinction between the two – the road is closed and participants can run at any speed they choose. It is a chance for collectors to bring out some cars that they might not usually race.

This year’s event took place on its traditional mid-September date, and amongst the competition section were a Ford GT40 MkIII, Bugatti Type 35, the Halusa’s Ferrari Breadvan, a Jaguar D Type, Shelby Cobra, and Swiss racing driver and Ferrari magnate Ronnie Kessel even brought an Ensign N177 Formula 1 car, with which he made FTD, at 3”12.31 on the 5.7km course (with most other cars running in the late 3s and early 4s). There were Porsche 911s of different eras, as well as more modest cars such as Alfa Giuliettas and Porsche 356, BMW 2002 and various Jaguar XKs, and there were also pre-war cars. A lively historic bike class that did demonstration runs in groups, provided a very special acoustic amongst the towering peaks.

Always subject to volatile mountain weather, Saturday’s runs took place in bright sunshine, but some drizzle and fog slowed things down for the last, Sunday morning, run before the midday prizegiving in Poschiavo.

Not that anyone cares – it’s not that kind of event – but besides Kessel’s win in the competition category, the winner of the regularity class was Tommaso Zeriali in a 965 Porsche 911. 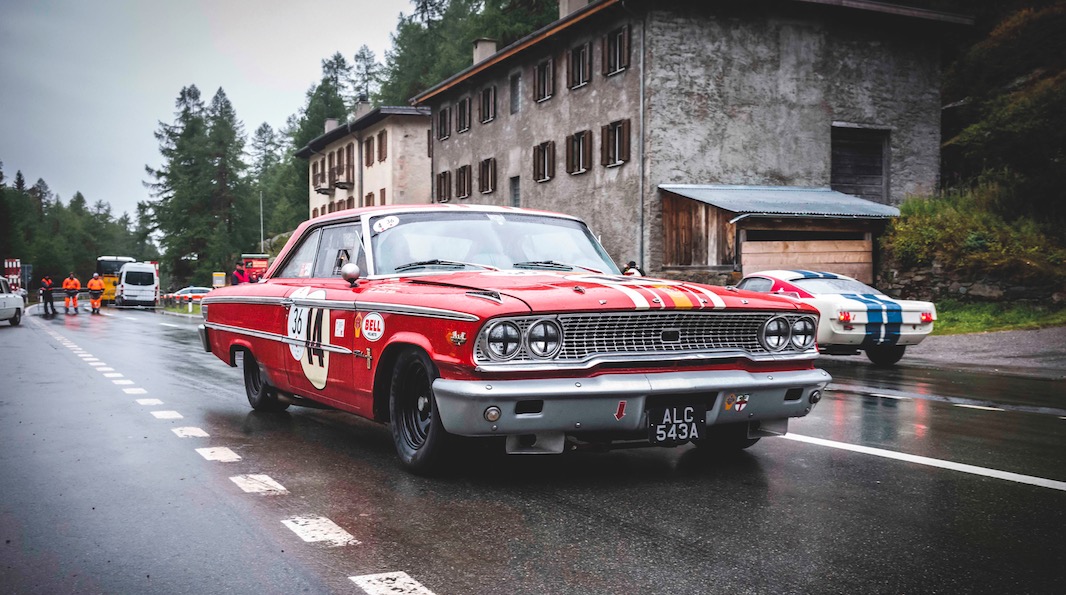 A special highlight was the participation of Hans-Joachim Stuck, who drove the 1928 Austro-Daimler AMD-R race car, the car with which his father, Hans Stuck, won the first Bernina Race in 1929.  The museum Fahr(T)raum from Mattsee near Salzburg provided the car, enabling Stuck to commemorate his father’s victory 90 years later. 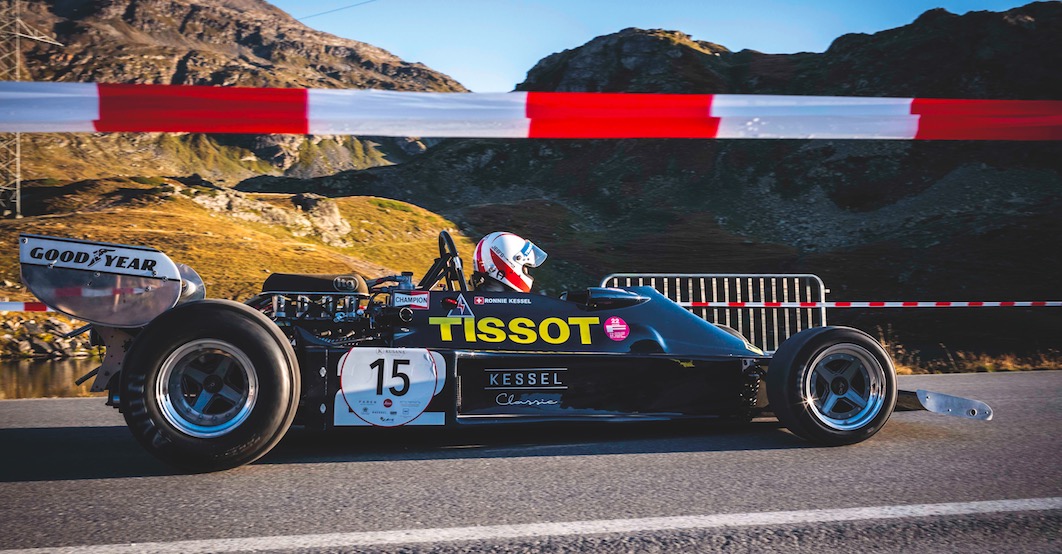