After an enforced absence in 2020 due to COVID, the popular American Speedfest returned to Brands Hatch, appropriately over the 4th of July weekend.  This was the eighth running of the event which centres around the NASCAR sanctioned Whelan Euro Series (NWES).  While most of the race programme is for modern machines there is some interest to historic race fans with races for Formula 5000 and Bernie’s V8s. 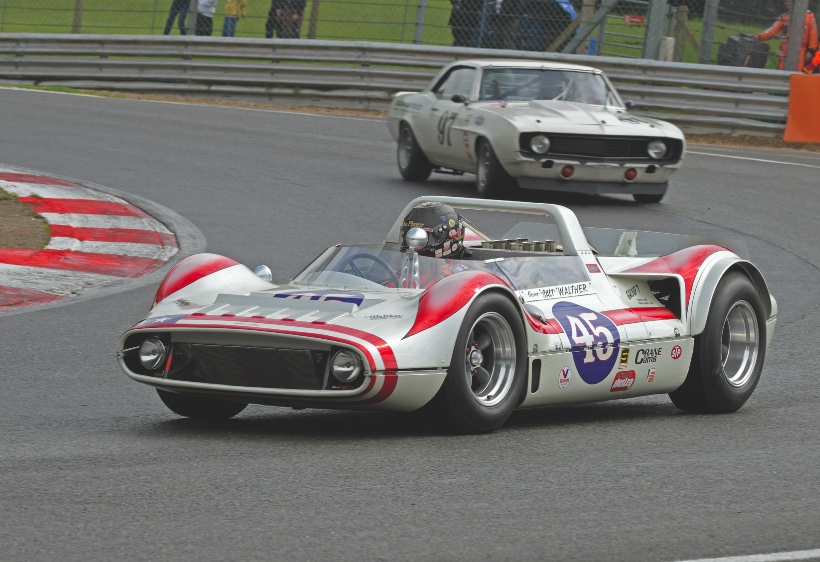 The most interesting entry in Bernie’s V8 race was Greg Thornton’s unique 1961 McKee Mahyra, a car built for the USRRC series racing prior to the introduction of the Can-Am category in the US  Photos Eric Sawyer

Sadly the F5000 races attracted a small field of just nine cars with two 20-minute races won by Greg Thornton in his Chevron B24 from the Chevron B37 of Neil Glover.  In contrast, Bernie’s V8s series was oversubscribed with a full grid of 34 cars starting the first of three races over the weekend.  Despite the series name, although aimed at V8-powered cars from the 50s through to the early 90s, the eclectic mix included a Talbot Sunbeam Lotus and a Ford GT40 replica.  Three races produced three different winners, the first going to Sam Wilson in an Aston Martin V8 Vantage, the second to the Ford Escort Mexico of Michael Saunders and finally, the third to the V8-powered Austin Healey 106 of James Plant. 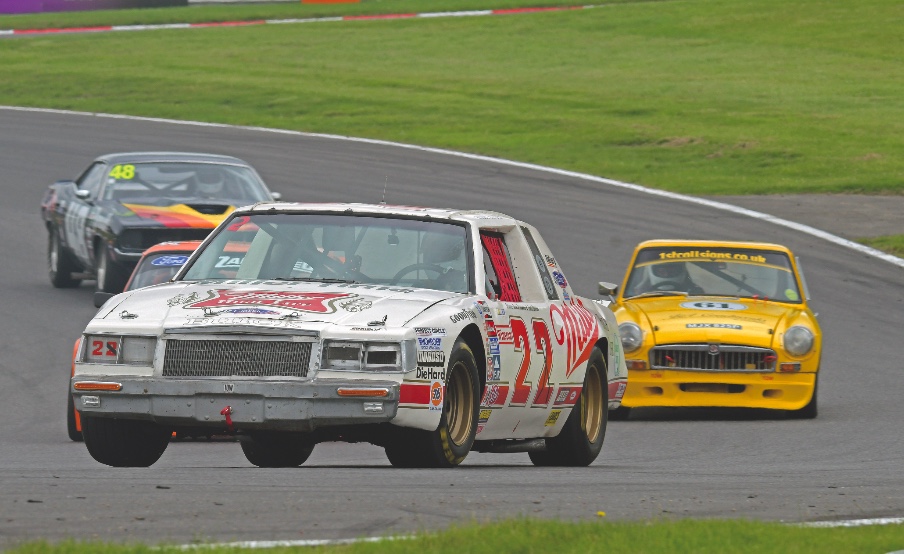 In recent years the programme has included demos by historic NASCARs and this year saw the largest ever gathering, with 16 cars taking to the track, as UK enthusiasts bring more such cars in from the USA.  One of the earlier cars, the Buick Regal of Derek Drinkwater, also raced in Bernie’s V8s races.  The weekend aims at celebrating all things American with massive American car displays, monster truck rides etc. and even a BBQ competition. 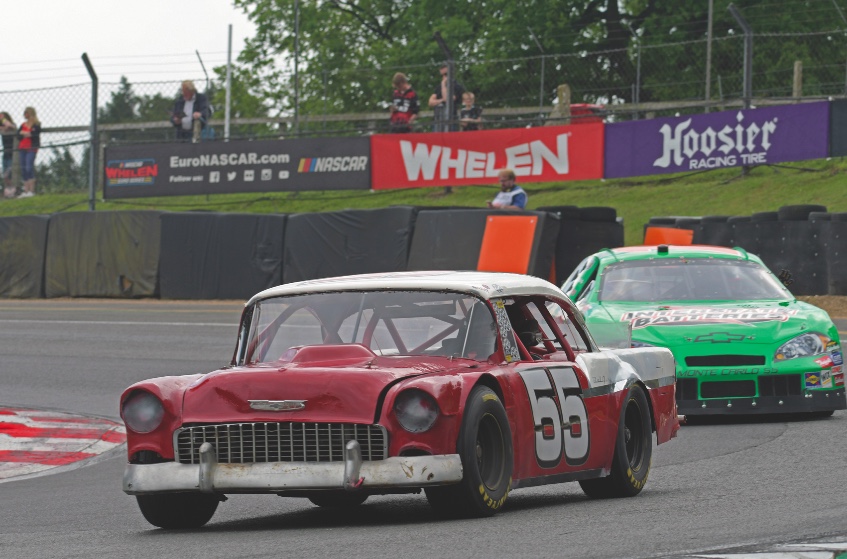 Chevrolet short track NASCAR raced throughout the Carolinas during the ‘50s