Under a splendid sun in Portimão, the grids run by Diogo Ferrao and his Race Ready organisation began their season on 7-9 May, supporting the KIA GT Cup and the Super7s. A new Race Ready initiative this year, the Carrera los ‘80s cars produced a 20-car grid for their first outing despite the absence of many of the foreign teams. The new series, for Touring cars of the ‘80s and early ‘90s also has a class for GT Trophy and Cup cars.

A 40-car grid lined up for the first of two Iberian Historic Endurance races with Carlos Barbot’s Merlyn MK4 on pole. Pedro Bastos Rezende should have been alongside in his De Tomaso Pantera, but instead opted to drive his Porsche RSR, so had to start from the back of the grid. As the clock approached 5pm the traffic lights went out and the roar of the Iberian Historic Endurance engines echoed through the empty stands of the Autódromo de Portimão. 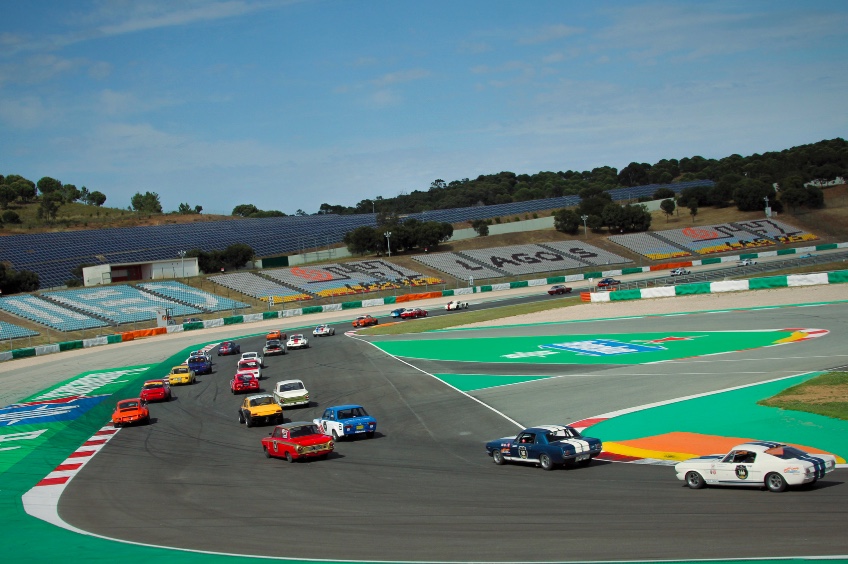 The big grid, with a number of foreign teams, was a demonstration of just how keen drivers are to get out racing again.  Photos Antonio Paquete

Barbot started well, but he had the two Porsches of Alfredo Martinez/Jesus Fuster and Miguel Vaz/Fernando Soares on his tail, both eventually getting past the little prototype. Some fared better than others during the mandatory pit stops, and the 50-minute race was cut short after 39 minutes due to oil on the track, leaving an all-Porsche podium.

After the wet morning, the second race kicked off at lunchtime on Sunday, giving the track time to dry. This time Rezende started at the front and got off the line quickest to lead the pack. However, though starting in 16th place, a re-energised Barbot was challenging for second after only a few laps. Next, he surprised Rezende and snatched the lead, but the Porsche driver was having none of it and re-asserted control, though he never quite lost the Merlyn. It was great racing. 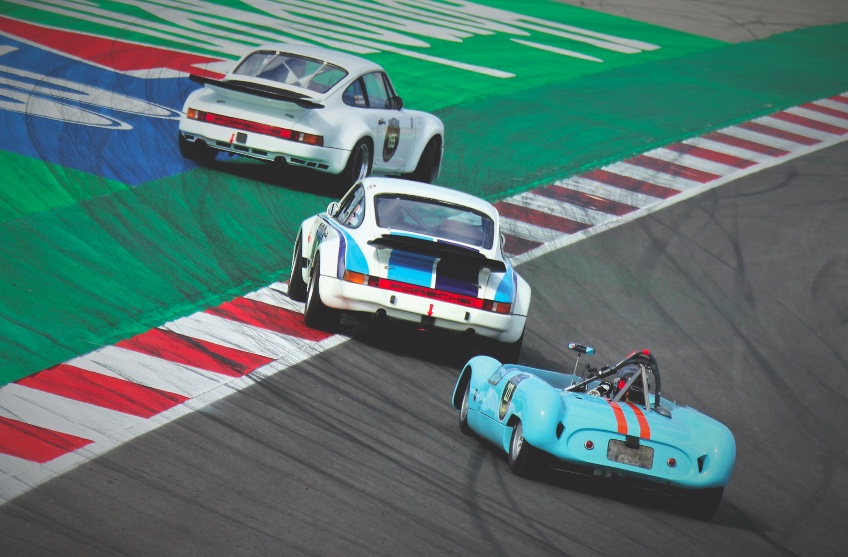 los Barbot made a brilliant comeback to challenge the mighty Porsches

Race Ready also ran two 40-minute rounds of their Group 1 / Trophéu Mini races. These too are very popular and attracted a grid of over 40 cars of great variety, made up of VW Golf GTIs, Datsun 1200s, Porches 924s, and of course Minis. Ford Escorts RS2000s dominated the sharp end of both races, with Paulo Vieira taking two victories in his. It was clear that the drivers were happy to be out racing again after a five-month abstinence.