The Alfa Revival Cup drivers reconvened under sunlit skies for their tenth season on 29-30 May at the Autodromo Nazionale of Monza.  Many regulars were, of course, present, but there were also many newcomers, such as Gianmarco Rossi and Vittorio Mandelli in a 1958 Giulietta Ti; the very young Giulio Sordi, accompanied by the whole Sordi family, making his absolute racing debut in a Giulia Ti Super shared with Gilles Giovannini; the well-known Italian drivers Domiziano Giacon and Luca Rangoni in a GTV 2000; Swiss driver Daniele Perfetti, highly experienced in both modern and historic cars, driving a “giallo ocra” GTAM and, finally, the Senesi brothers Fabio and Federico Leonini in a beautiful and very well prepared Alfasud Ti 1.5. 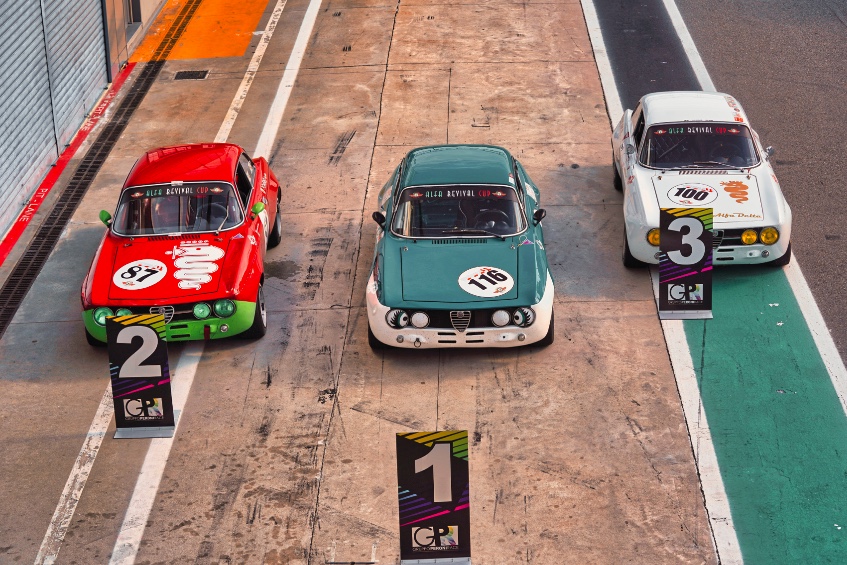 After a whole day of free practice and testing on Friday, it was clear that driver/preparer Franco Monguzzi would be the man to beat in his GTAM.   And qualifying on Saturday morning confirmed it.  However it was Davide Bertinelli who lined up on pole alongside the Benedini brothers, Gianpaolo and Emanuele, after Monguzzi was penalised three places for overtaking under yellow flags during qualifying.  The Giulia Sprint GTA 1600 Group 4 of Massimo Guerra and Giovanni Serio was the first car to qualify behind five GTAMs.   Bad luck for Bruno Mazzuoli and Amerigo Bigliazzi who crashed their Alfetta GTV Group 5 violently during qualifying due to a mechanical failure.

The qualifying setback didn’t affect Monguzzi, who was back in the lead halfway through the first lap of the 60-minute race, with Bertinelli following him all the way home, while the Benedinis encountered mechanical problems and retired after four laps.  A race-long battle for third place between Serio/Guerra, up from a sixth place start, and the GTAM of series regular Mathias Körber ended in the German’s favour. 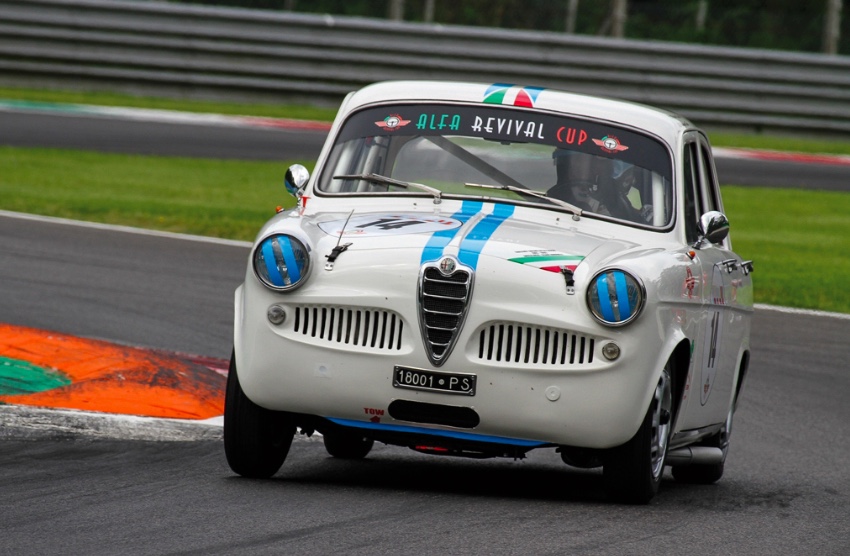 At the rear of the field were battles aplenty for the all-important Index of Performance points.  First prize went to the Giulietta Ti of Rossi/Mandelli, and second to the Giulia Sprint GTA of Crescenti/Mischis, seventh overall and first in class.  Young German driver  Niclas Ondrak took his Giulia Ti Super to third.  Six cars retired from the race, including the Perfetti GTAM.