Round four of the Alfa Revival Cup, the last race before the long summer break, took place at the Misano World Circuit on July 13-14.  Dodging a morning thunderstorm, the young driver from Milano, Davide Bertinelli took his first ever pole position at the head of the 23-car grid in his GTam, as Austrian Gerald Grohmann lined up alongside with Roberto Arnaldi just behind.

As the flag dropped, Arnaldi was already in trouble, his GTam stopping out on the track on the first lap and causing a full course yellow flag while it was recovered.  Once the racing resumed Bertinelli established his lead over Grohmann and fellow GTam driver Albert Weinzierl enjoying his first Alfa Revival race of the season.   There were a number of other retirements, including the GTV 2000 Group 5 of Fabio De Beaumont and Daniele Di Iorio and Marco Guerra, who had qualified sixth despite mechanical problems. 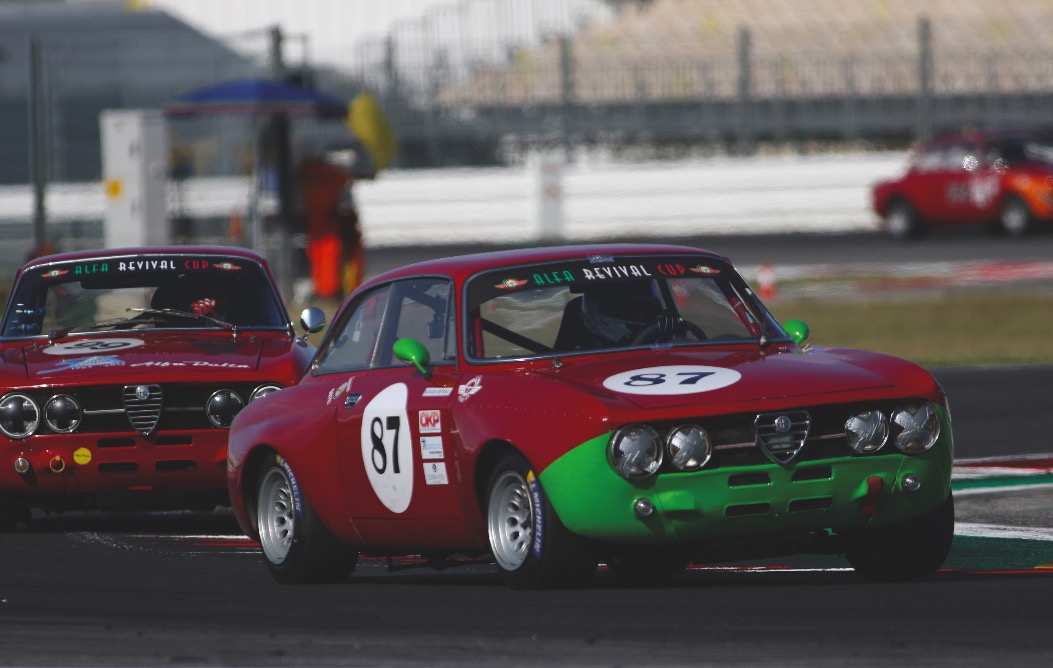 After the mandatory pit stops, the Bruno Mazzuoli/Amerigo Bigliazzi Alfetta GT6 was in fourth place, but then did a double spin and dropped to tenth, gifting the place to Matthias Körber’s GTam.  Grohmann put in a series of fast laps, including fastest of the race, but it was not enough to catch Bertinelli who managed the gap and crossed the line with a six-second margin.  Weinzierl completed the podium ahead of Mathias Körber. 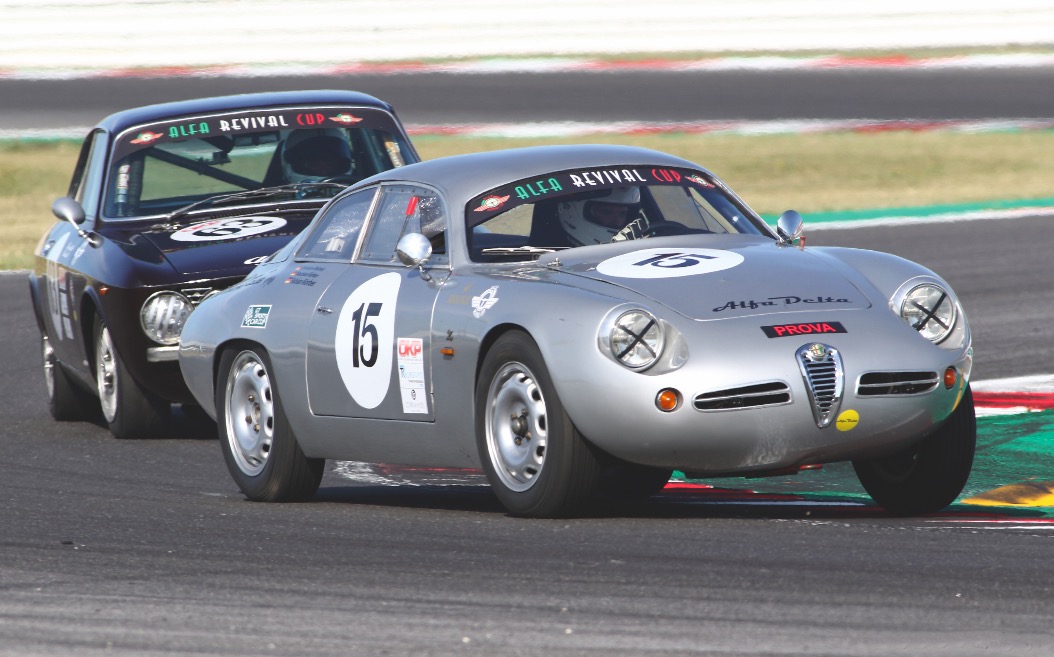 The contest for index of performance honours was getting very hot between Marco Milla/Paolo Chersevani, driving a Giulietta Ti and the similar car of the Morteo brothers, Emanuele and Alessandro, and the GTA of  Massimo Guerra and Franco Mischis.  Though the latter finished ahead on the road and have taken the lead of the championship from the Morteos, the brothers took the Index of Performance and are only two points behind in the overall standings.

The next round will be at the Varano circuit in late September, where a new initiative, the Alfa Young Timers for cars built after 1982, will also feature on the programme of a meeting that will celebrate the Alfa Romeo marque.