For Alfa Romeo cars built from 1947 to 1981, the final race of the Alfa Revival Cup season took place on the weekend of 15-17 October at the beautiful flowing circuit of Mugello with 29 cars on the grid.  It was a weekend in which not only were the overall victors of the tenth running of the championship decided,  but it was also an opportunity for organisers to clarify what the future of the series would be, now that GPS has formed a joint venture with Canossa Events to form Canossa Racing, the entity that will take over the running of the series from 2022. 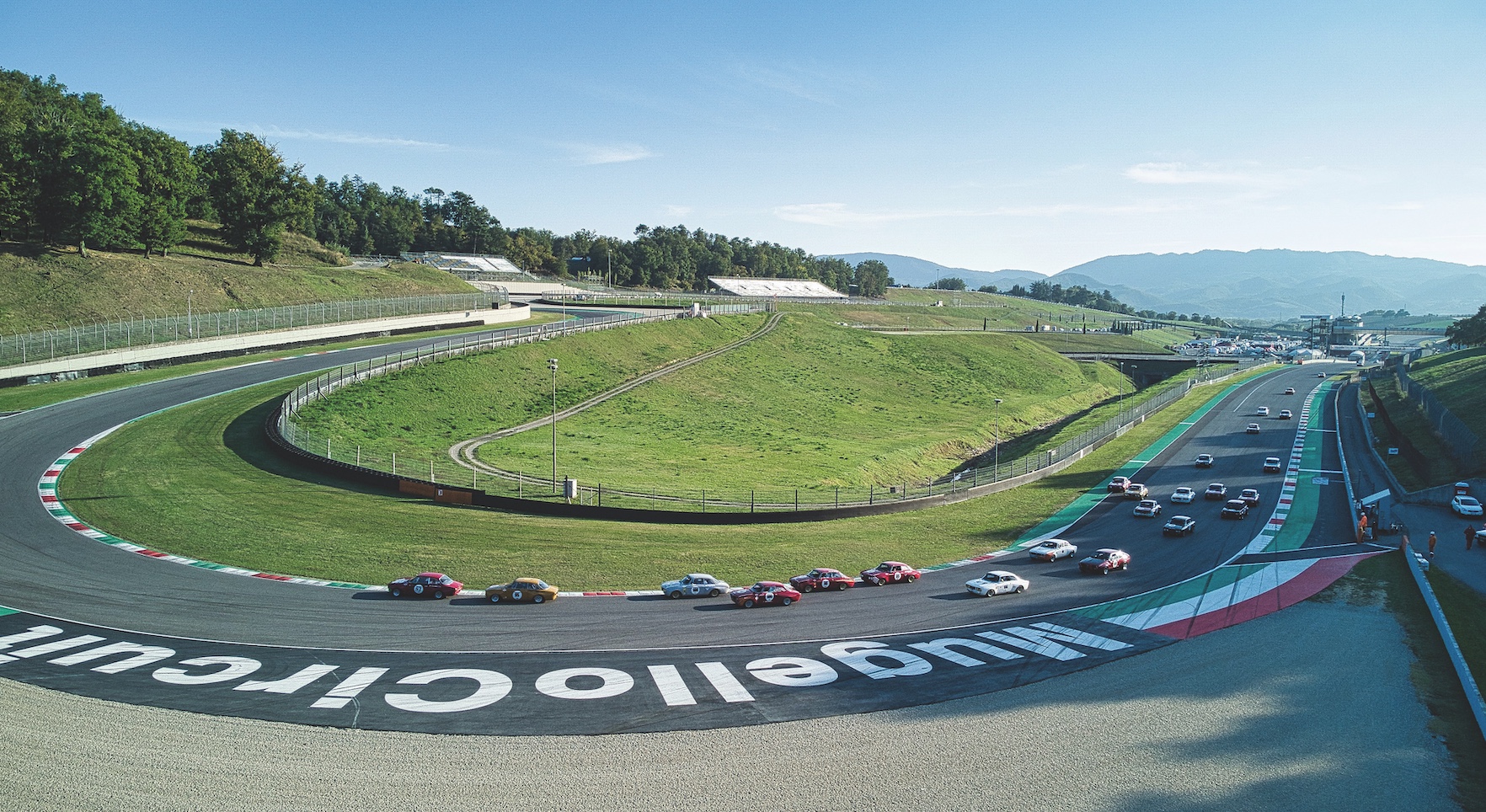 Amongst the favourites Daniele and Ambrogio Perfetti were in the ‘giallo ocra’ GTAM run by the OKP Alfa Delta Racing Team.  New to the series, Sandro Hubar was making his debut in a beautiful Giulia GTA 1600 Sprint ex-Nanni Galli run by the Pastorelli Classics team.

The qualifying on Saturday foretold a close race amongst the GTAMs at the front, with the Perfetti car head of the provisional classification until the ninth lap when Davide Bertinelli obtained and froze his second pole position of the season by only 2/10ths, the two front-runners were followed by brothers Giampaolo and Emanuele Benedini. 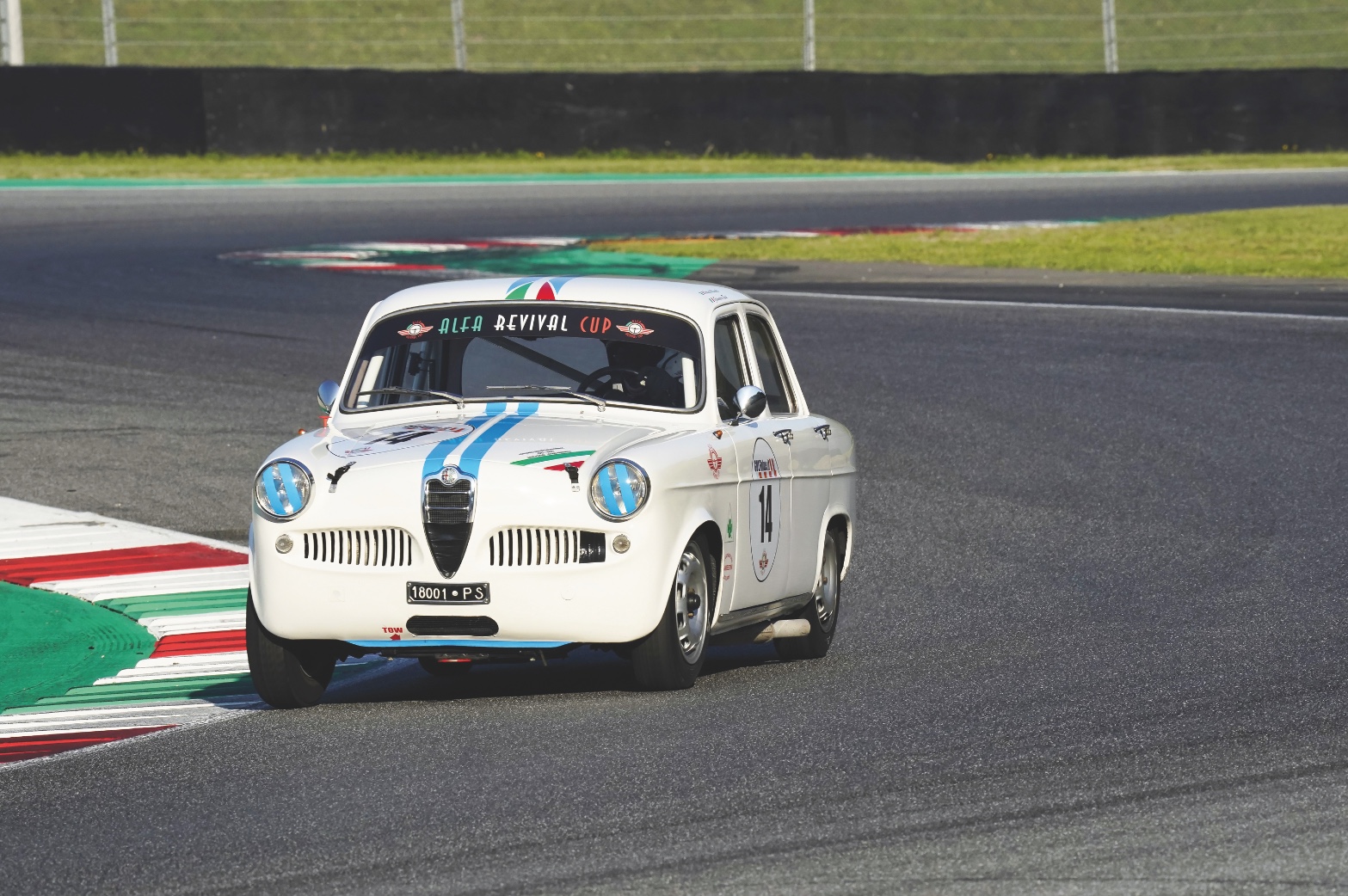 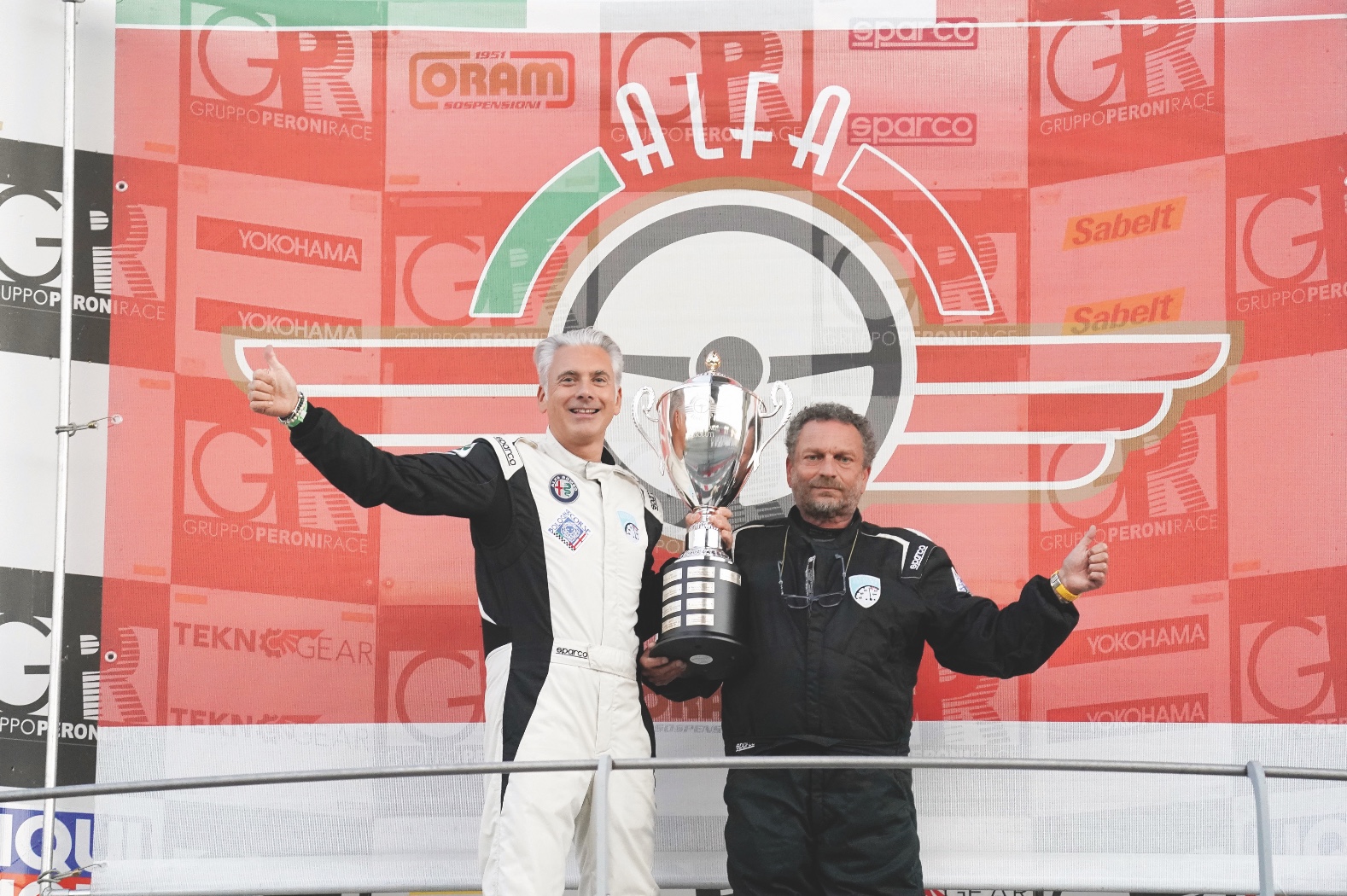 At the start of the race Ambrogio Perfetti put a lot of pressure on Bertinelli who, impassive, managed to keep the lead for all 24 laps.  Behind these two, the battle for third was intense in the early laps between the GTAMs of the Benedinis and Mathias Körber, up from ninth place, and the GTA 1600 Group 4 of Massimo Guerra and Giovanni Serio, the latter taking the place and holding it until the closing laps, when first Gerald Grohmann, then the GTAM of Peter Bachofen/Roberto Restelli got past to finish third and fourth respectively.  The Benedini car  retired after 16 laps, and Francesco Pantaleo and Marco Guerra got the better of a fading Körber to take an excellent sixth place in their GTA 1600, while Matthias Ficht followed Körber home in eighth place.

There were class victories for Luigi and Noccoló Mercatali in their GT VELOCE and for the Giulietta Ti of Gianmarco Rossi and Vittorio Maria Mandelli of the Scuderia Bologna Corse.  The Ti had a high co-efficient towards the final standings of the season, and thanks to their result in this round, the crew from Bologna jointly took the overall 2021 title with a 7.5-point lead over an impressively performing Davide Bertinelli, who finished his season in second place overall .  Series rookie and youngest participant, Giulio Sordi was third in the end-of-season standings with his Giulia Ti Super. 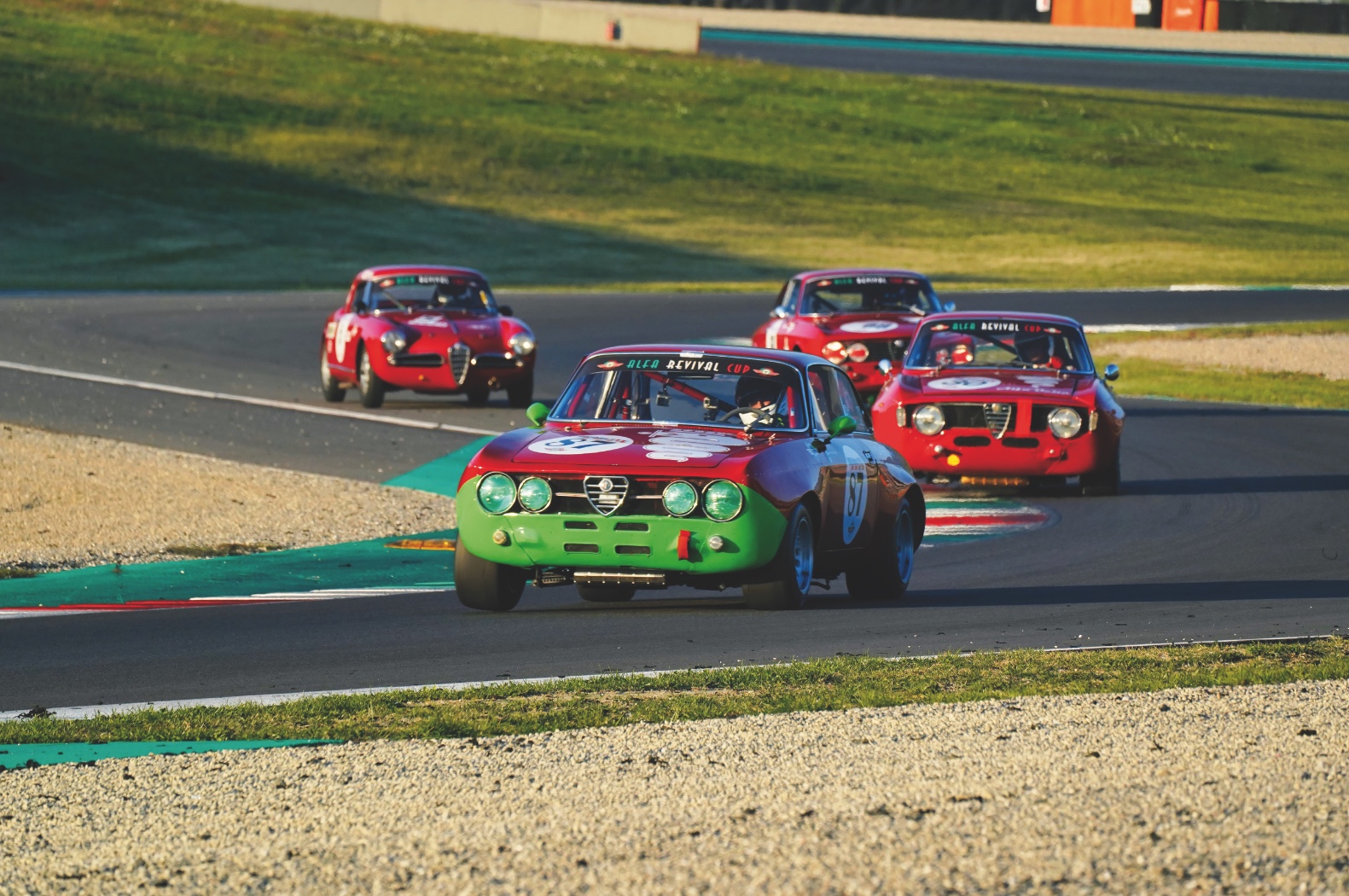 Fourth for the second consecutive year was Fabio Gimignani, and in fifth, last year’s title holder, Marco Milla, handed over the GPS Classic Trophy to this year’s winners.  The winning team for 2021 was the AB Motorsport Scuderia with a lead of over 30 points to the OKP Alfa Delta Racing Team.

In the future, the Alfa Revival Cup will be in the good hands of Canossa Racing, a new company created by GPS Classic and Canossa Events with the aim of not only organising and promoting the eleventh edition of the Alfa Revival Cup series, but also to develop new content dedicated to collectors and racing car enthusiasts eager to compete on track, or simply to find themselves on the circuit for free practice days where they can share their passion.