May 15-16 marked the return of VdeV Historic Endurance racing when 26 crews and 65 drivers gathered at Nevers Magny-Cours to participate in the VdeV 6 Hours of Magny-Cours. Despite tricky weather conditions, with alternating showers and clear skies resulting in ever-changing track conditions, everyone was delighted to be there after the long winter break and all the many cancellations and postponements caused by COVID.

After two free practice sessions and the qualifying session, the competitors set off on Sunday at 12:40pm for six hours of racing on the 4.41km Nivernais track under heavy rain, resulting in a rolling start with five initial laps behind the safety car.  In total, the event would see no fewer than ten different leaders during the 6 hours and also a number of safety car interventions, brought on by a heavy rain, or shorter interventions caused by racing incidents. 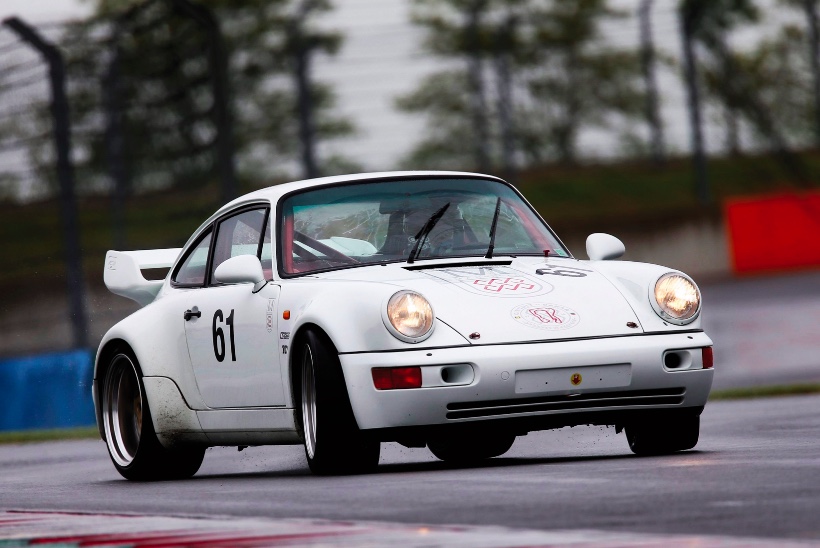 Starting from pole, the team consisting of Damien and Matthieu Alfano, Nathalie Seigneurin and Maxime Tandel was long delayed when their Porsche 911 3.0 SC was stopped by an oil leak an hour in. Others also experienced reliability issues, like the Ford Mustang of Dutch crew Bas Jansen and Jacques Meeuwissen. The victim of engine overheating during free practice, the team made an overnight return trip to the Netherlands to bring back an identical Mustang, an effort that was rewarded with a sixth place finish.

Overall and GT category victory went to the Swiss-Belgian team of Serge Libens, Henrique Gemperle and Marc De Siebenthal at the wheel of a Porsche 964 RS. The crew completed 146 laps and 644 kilometres over the six hours. They were followed home by the Châteaux family BMW 635 CSI, which took Touring Car honours, and the Mk 1 Ford Escort of José Beltramelli, sharing with sons Brady and Viny. Two more Porsches, the 944 S2 of former rally champion Jean-Claude Andruet, co-driven by Christian Noret, and the 964 RS of the Pelletier family, with Christophe Peyrat, made up the rest of the GT podium. 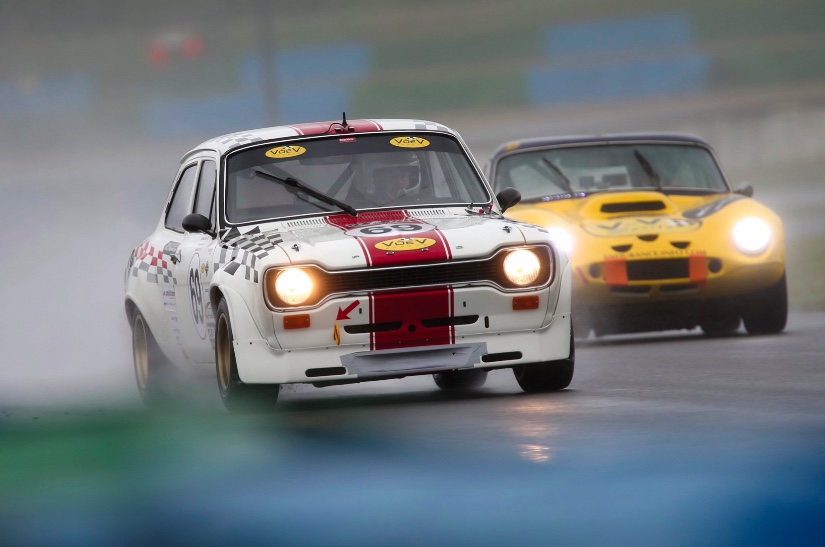 Contested until the last laps, first place in the Saloon Car class was finally won by former tennis pro and winner of the Davis Cup, Henri Leconte, in the Van de Vyver TVR Griffith 200 shared with Léo Mothe and Alex Meynard.  The Sport Prototype category saw the Chateaux Sport Auto team clinch another victory in their Grac MT 14B, driven by Axel De Ferran and Bernard Zimmer.