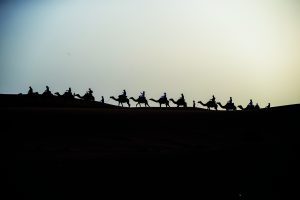 After 4,500 difficult kilometres the 2022 HERO-ERA Sahara Challenge reached its end on 30 September with the Bentley 3-4½ of Bill Cleyndert victorious again, repeating its 2015 triumph, but this time with daughter Georgia in the navigator’s seat, on her first ever rally.  Following the Cleyndert’s home were Swiss couple Pierre Gerber and Alice Leuenberger in their 1946 Ford Coupe with Jorge Perez Companc and Jose Volta from Argentina in a 1938 Chevrolet Coupe taking third. 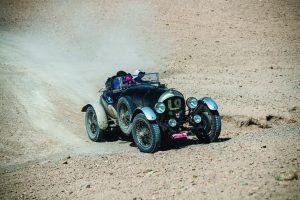 The rally followed a loop around Morocco, travelling east to Fez, south to the dunes of Merzouga and then back around the coast via Marrakech and Rabat, before finally ending where it had begun in Malaga, Spain.  There were nights under canvas and torrential rain, as well as the hot sun that baked the landscape hard and dry.  The route was certainly treacherous, with care needed to ensure reliability of the machines after miles of dust on the desert floor and the climb to the heights of the titanic Atlas Mountains.  It was a route that pushed the skill of all of those involved. 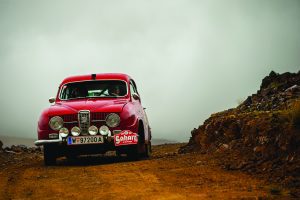 Whilst this rally could only be won by a pre-war car, the competition in the classic category was just as hot, with the lead changing constantly throughout the 12-day event.  Eventually though, it settled down to a two-horse race between Nigel and Sally Woof in their 1961 Volvo PV544 and father and son team Franc and Fritz Hofermann-Kiefer in a bright yellow Datsun 240 Z, as the battle went down to the wire 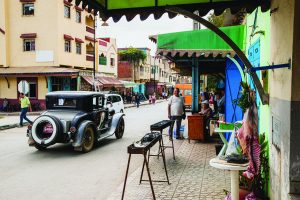 For more read our November 2022 issue… 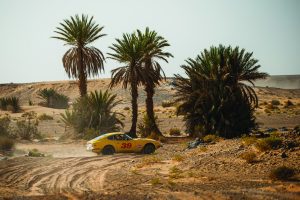