With past postponements and other restrictions well and truly behind us, more than 170 cars from across Europe started the Rally Costa Brava on 17-20 March, celebrating the 70th edition of the event.  There were victories for Pascal Perroud and Denis Giraudet, who topped the results sheets of this first round of the FIA Historic Rally Championship; Jose Maria Martínez/Luka Larrosa, winners of the Spanish Championship, and Pierre-Manual Jenot/Freddy Delorme who took Catalonian Sporting Championship honours.  There were also four national and regional regularity winners. 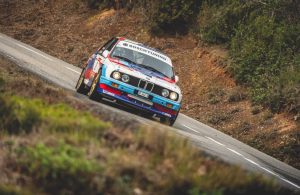 This was one of the most competitive editions in recent years, both for the quality of cars and participants and for the unpredictability of the weather.  All this in a rally that has reached a new record of international participants, with half of them coming from other countries, and also with a new record of participation in the Sporting categories.  Alex Romani, president of Club RallyClassics declared, “We couldn’t have dreamed of a better anniversary edition than this one.  We have had a participation of the highest level, the best vehicles that can be found in a historic rally and a great atmosphere both in Girona and in Fornells de la Selva and in the stages.  The 71st edition will arrive stronger than ever in 2023.” 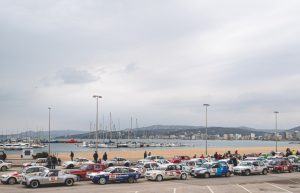 For a full report see out May 2022 Issue