Olly Bryant must be living on cloud nine these days, having completed what must be regarded as one of the grand slams of historic motorsport – first a win in the RAC TT at the Goodwood Revival, followed up two weeks later by a triumphant run in the Spa Six Hours. Both were a long time coming, and while Bryant’s Goodwood win was still the talk of the Spa paddock on Thursday and Friday, his Six Hours success with James Cottingham would soon provide new headlines in a weekend that succeeded in rekindling some of the spark of those halcyon pre-COVID days. 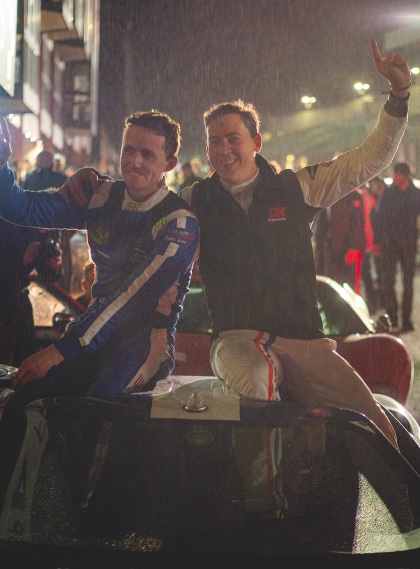 After the event’s late cancellation in 2020, Vincent Collard and his Roadbook organisation made sure to confirm its definitive go-ahead as early as August, allowing everyone at least another month to make up their minds – the result of which had varying degrees of success in terms of entry numbers. Eighty-five cars instead of a 110-car full house for the main event was good enough, but some of the supporting grids were less fortunate. A few of them were halved in comparison with previous years. While some of them confessed to having been put off by the necessary bureaucracy, many of the British legion did make the effort of plunging themselves into the toxic mix of Brexit and COVID to not miss the revival of this blue-riband event on the historic calendar. Oddly enough, historic racers from the continent weren’t queueing up to take the missing places in the usually over-subscribed event. Entries from Holland, Germany and France were notably down, even though border traffic with Belgium has been free for a steady few months now, with either proof of vaccination or a negative test enough to be allowed into the country. Not so for UK residents, as even vaccinated Brits needed to go through the test cycle to get into Belgium and return home. As for the paying spectator – Friday qualifying still had a distinct club atmosphere while diluvial conditions prevented Sunday from being a crowd puller (even though, to be fair, it never was). On Saturday, however, the pitlane was at times as pleasantly (or annoyingly – take your pick) overcrowded as it always has been. 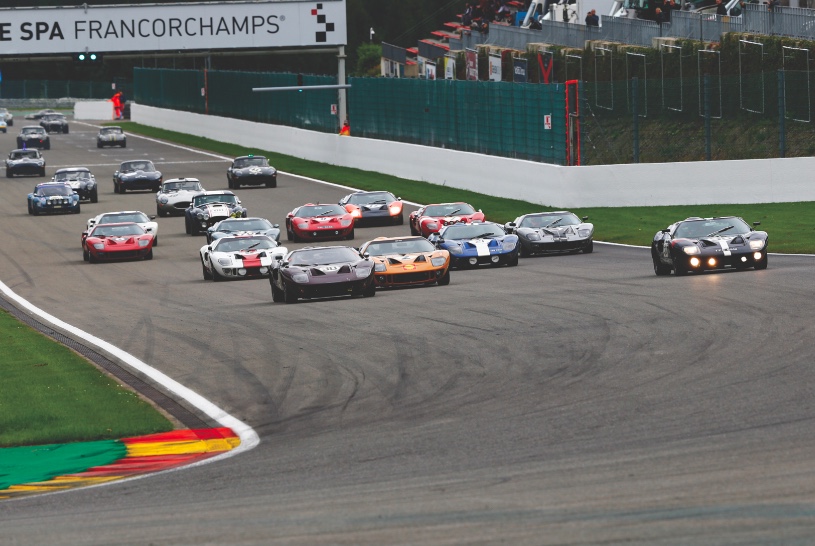 Twelve GT40s headed the pack, though as per tradition, the hares wouldn’t all last   Photos Carlo Senten

The sun was out for most of the Friday practice sessions, but clouds gathered over the Six Hours qualifying. This time, 12 GT40s would decide which one would start from pole – and one of those had in fact planned on a special effort. With Marcus Graf von Oeynhausen and his Gotcha team scheming to achieve the first sub-2.40 qualifying lap around Spa, pole was always going to be theirs, and indeed Frank Stippler delivered with an eye-watering 2.39.827. Joining Stippy and the Count on the front row, Eric van de Poele trailed the German effort by a full 1.2 seconds in the GT40 the Belgian shared with Ford Motor Company CEO Jim Farley, while the Nicky Pastorelli/Olivier Hart (father David Hart was unwell) and the Clive Robertson-run Bryant/Cottingham GT40s only narrowly got on the right side of the 2.42s. Almost as per tradition, though, the hares wouldn’t last – although this time, it would take some truly cruel luck to eliminate the quick German and Dutch teams from the early running. In fact, the pole-sitting car was out of the contest within 20 minutes, as the race’s first big casualty. In the hands of Stippler, it had been mystifyingly languishing outside the top-20 before it rolled into the pits, its left front wheel on fire. As soon as the German bailed out, the car was engulfed in flames and it took a spectator – Dutch historic racer and former Six Hours competitor Mark Dols – to keep his cool and grab a fire extinguisher. The car’s left-hand tank had been leaking from the start, and it became a fireball once fuel traces made contact with the glowing front-left brake disc. 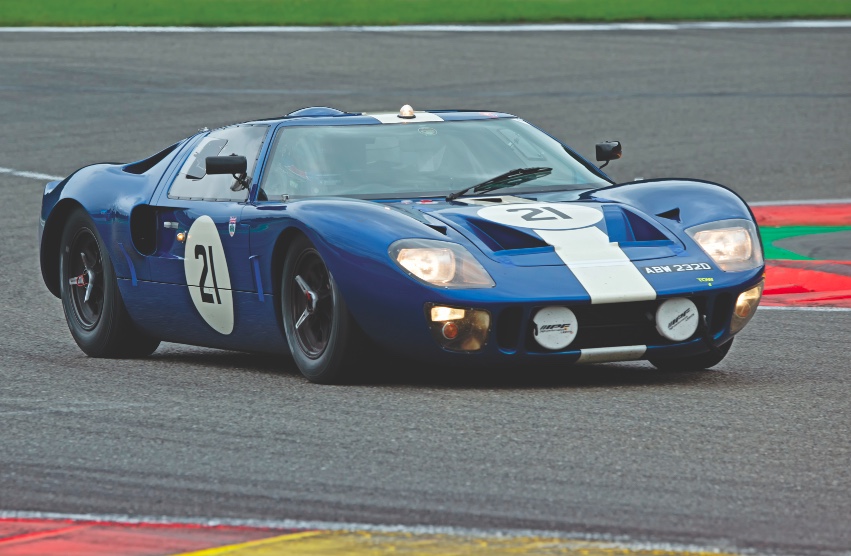 For a full Six Hour report and all the racing at the meeting, see our November 2021 issue….