The 10th edition of the Gran Premio Terre di Canossa exploring the roads of Emilia and Tuscany came to a close on October 4 with a win for Alberto Aliverti and Stefano Valente driving an Alfa Romeo 6C 1750 SS Zagato in less than ideal weather conditions for such an open car.

Even in these unusual and unsettling times, the team at Canossa Events and Scuderia Tricolore got the postponed Terre di Canossa regularity rally on the road, albeit with fewer cars, and revised itinerary better adapted to the necessary sanitary precautions.  Many regular competitors reluctantly had to forego competing because of the new restrictions, but crews welcomed the chance to run their cars, proven by the fact that many overcame logistical obstacles and travelled from various European countries, as well as the United States and Russia. 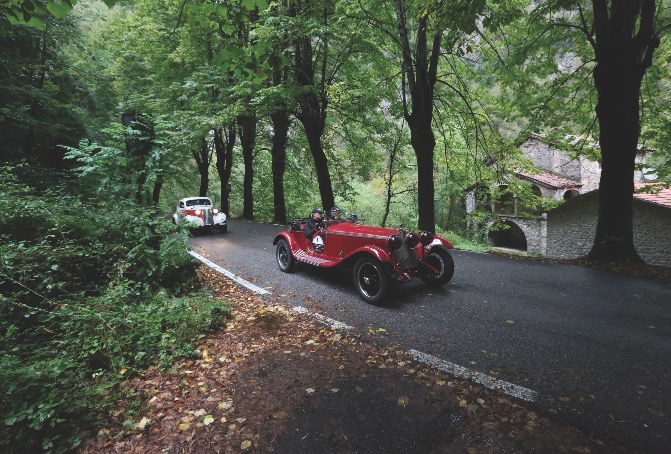 Giorgio Lambruschi and Alessandro Mancini came second in a 1964 Porsche 356 C and also won the special classification for the average speed trials.  Third place went to Stefano Ginesi and Susanna Rohr, in a 1959 Porsche 356 A 1600 Super.  A small class of modern Ferraris was won by Enrico Zobele and Ivana Trentinaglia in a Ferrari GTC 4 Lusso. 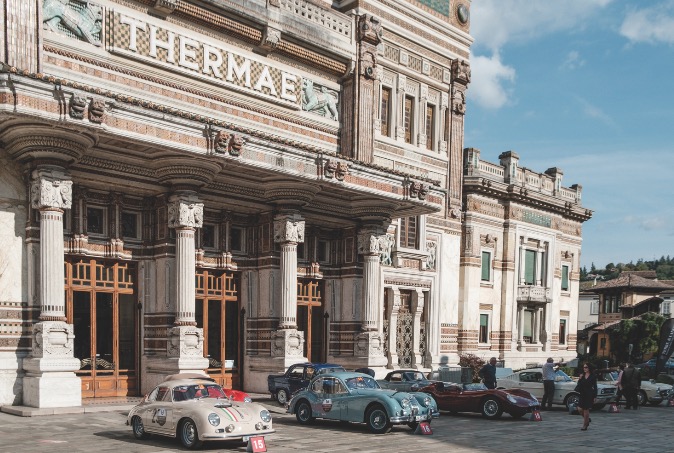 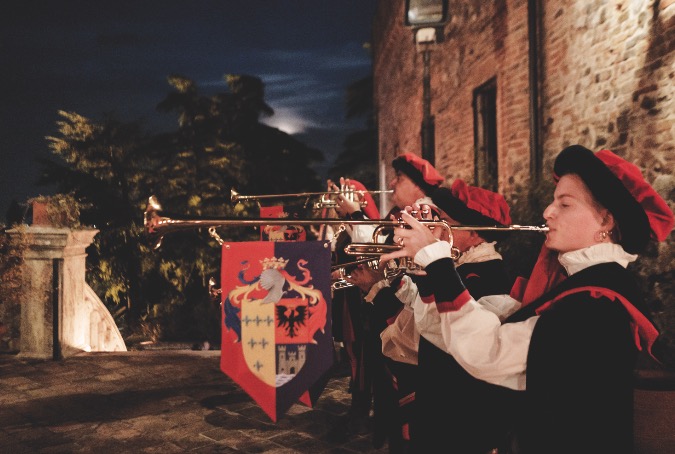 Starting at Salsomaggiore Terme and finishing at Scandiano in the province of Reggio Emilia, as always, highlights of the three-day event were visits to historic sites, meals in medieval castles and beautiful scenery along the roads.  Accompanied by sun, then rain, then sun, on day two the afternoon excursion into Liguria had to be cancelled because of a flood alert and drivers were diverted directly to the night destination of Forte dei Marmi.  The event ended on a sunny terrace overlooking Reggio Emilia. 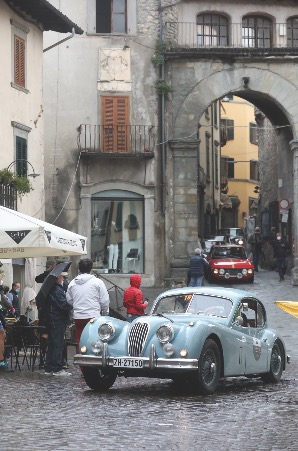