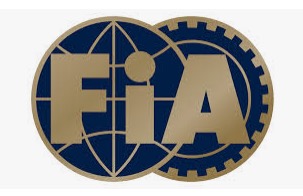 The 2021 Appendix K is available online at
www.fia.com/regulations-0 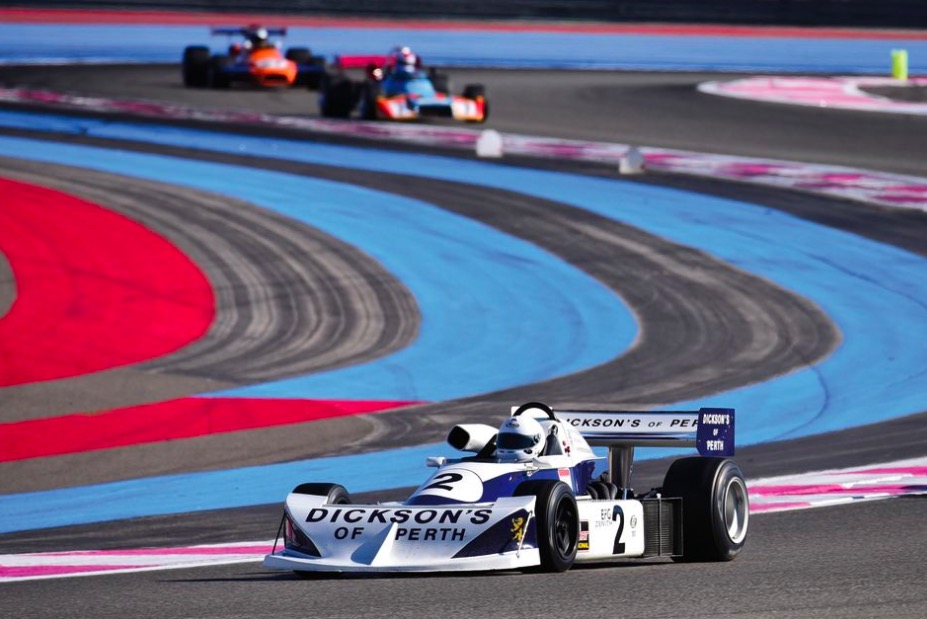 The Grand Prix De France Historique is, like its modern counterpart, moving from Magny-Cours to the Paul Ricard circuit at Le Castellet, and this year the biennial event will take place on 10-13 June, two weeks before the Formula One GP, when the weather and the joys of Provence should be at their optimum. Designed as a festival for single-seaters, the programme includes rounds of all the popular monoposto series: Historic Formula 1, MAXX Formula, Formula Ford Historic, F3 FRenault, the Lurani Trophy for Formula Junior, HSCC Formula 2, and two grids of GP cars from the HGPCA, for pre-‘61 and pre-‘68 cars. Promoted by HVM racing, entries should be made through individual grid organisers. Other races include GT and touring cars, Lotus Trophy, as well as a round of the Masters Sports Car Championship. 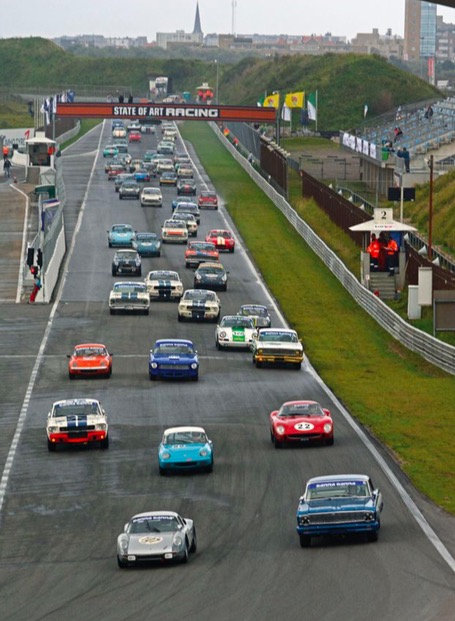 The Dutch Championship for pre- ‘66 Historic Touring and GT cars, NKHTGT, was established in 1996 and will enter its 25th anniversary year with a busier schedule than ever. Instead of the usual six events, drivers will get seven race weekends on some of the best European circuits, including two races at Barcelona-Catalunya on 3-4 September, which will be free of charge for season entrants. As support to the Hankook 24H Series, one of the races will be run at night. A very affordable series, thanks to large numbers of loyal followers on the grid and also to the generosity of sponsor Nolte Kitchens, the 2021 package deal for the entire NKHTGT season is €3,250 and single entries are €795 per event, for two races.

Always a series focussed on preserving automotive heritage, organisers are at the same time looking ahead to the next 25 years. Effective from this year, the series will reduce its carbon footprint by offsetting greenhouse gas emissions from its races. This will be in collaboration with the Land Life Company, a technology-driven reforestation company with a mission to help restore the two billion hectares of degraded land worldwide. To achieve this, Land Life Company uses data and technology - drones, artificial intelligence and monitoring apps. By planting trees in places where they are most needed, the company ensures the restoration of important ecosystems, increased biodiversity and social and economic benefits for local communities.

“We are pleased that as a racing series we can contribute towards making historic motorsport more sustainable. This is not a stand-alone initiative. We do this in cooperation with race organisers and the circuits. Together we are working towards the future of our sport, under the umbrella of the FIA Guide for Sustainable Events. Together, as drivers and supporters and board of trustees, we look forward to the next 25 years of historic racing in the NKHTGT,” commented NKHTGT Chairman Bert Mets. 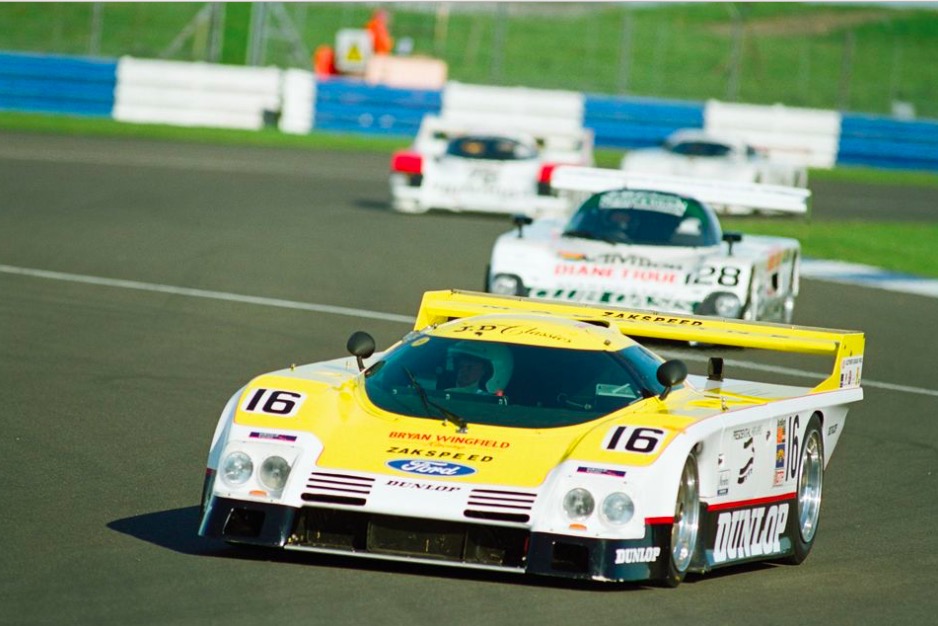 The traditional start to the German Historic Motorsport season is the Bosch Hockenheim Historic event, dedicated to the memory of Jim Clark. This year, on 7-8 May, the feature race at the long-standing event will be a new Group C Super Cup race for Group C, IMSA & GTP cars running to 1982-1993 specification. With support from competition suspension specialists and main sponsor, KW automotive GmbH, this will be an inaugural standalone race for 2021 with more events planned for 2022. Zoe Copas, who has been the main contact and admin for the Group C series for many years, first with Bob Berridge at the helm, and then with Patrick Peter, said a number of people have been asking, “if we could do some races for those with smaller budgets, newcomers, less frequent racers etc. So in conjunction with Hockenheim circuit and the Gebhardt Marketing Services we will be the feature race at the Bosch Hockenheim Historic. The last time these cars raced at Hockenheim was way back in July 1985 when they ran in the 1000kms WEC race.” For entries contact zoe@groupcracing or see more details at www.groupcracing.com.

As tradition dictates, the Formula Junior Lurani Trophy championship will also start their season at the Hockenheim Historic, and the HSCC will bring a round of its F2 Championship. Amongst local races on the programme is the German-based Tourenwagen Classic series, celebrating DTM cars of the ‘80s and ‘90s. 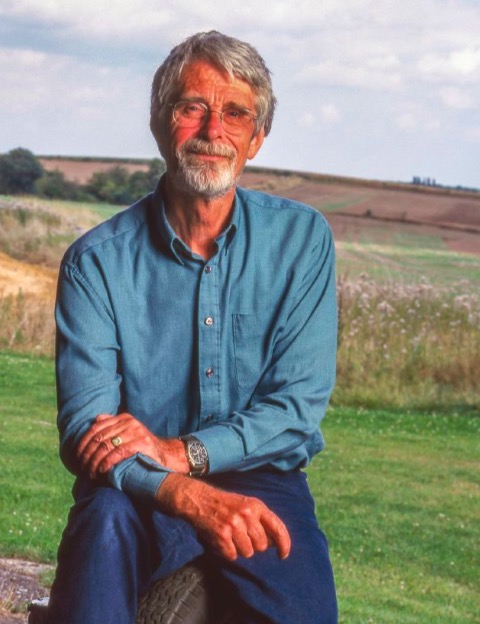 Just a few of short months ago, we reviewed Tony Merrick’s outstanding book, ‘A Life Restoring & Racing Historic Cars’ (see our September 2020 issue), and this month we must report the death, on 15 December, of this pillar of the early historic motorsport movement. As Tony set out in his book, he was one of the first to be enthusiastic about racing what were at the time out-of-date racing cars. He was one of the pioneers that conserved and restored these cars without knowing they would one day be a valuable part of our industrial heritage and without whom there would be far fewer of them left in the world.

Tony was an early board member of the Historic Grand Prix Cars Association and at various times was the Association’s President and Vice President. A talented mechanic, who brought back to life, and at times even re-created, some of the worlds’ most important racing cars, Tony was also a fine driver himself and a life-long supporter of the sport. His book is a must-read for anyone interested in how the idea of racing old cars took off in such a big way starting from the late ‘60s and early ‘70s. Tony was very much a pivotal part of that story and remained a racer until recent years. We send our sincere condolences to his wife, Yvonne, who was very much involved throughout the journey, and to the rest of his friends and family. 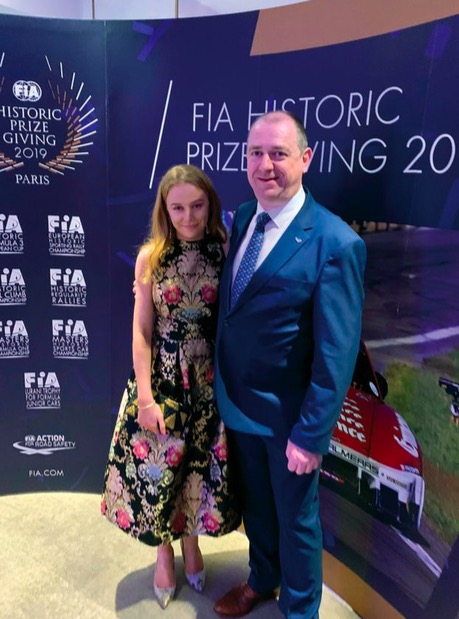 The last 2020 meeting of the World Motor Sport Council has ratified a change to the Chairmanship of the FIA Historic Motor Sport Commission. By statute incumbent Chairman Paolo Cantarella could no longer hold the position after he had reached the age of 75. Cantarella was appointed in 2014 with strong support from Jean Todt, himself about to reach the cut-off date for office. The new Chairman, John Naylor, is President of Motorsport Ireland (the Irish ASN) and will continue to hold that office, and was already a Commission member. He also chairs the FIA Historic Circuits Sub-Commission. In recent years he has acted as permanent steward for the FIA Historic Formula One and Historic Sports Car Championships. “I got my first racing car when I was 18,” said Naylor, talking about how he grew to love the sport, “My father and I went to Mondello, it was my first time there, and we ended up buying a racing car before we left and I’ve been hooked ever since,” he recalled. The car was a Lotus 69 Formula Ford 1600. Now aged 57, he has a collection of historic cars. An experienced hillclimb racer, John is a long-time member of the Wexford Motor Club, serving as the Club’s Chairman on three different occasions. John has been married to wife, Una for 27 years and has a son aged 23 and two daughters aged 21 and 16. 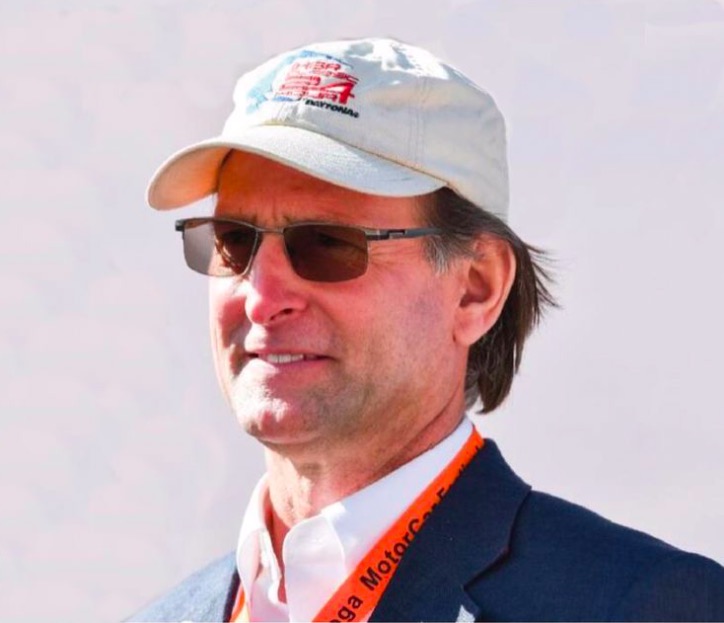 In our September issue, we described the frightening accident that occurred at Elkhart Lake circuit when the Shadow Can-Am car driven by Jim Pace went airborne and landed upside down before skidding along the track for hundreds of metres. It could have easily ended in serious injury or even death for Jim, but he crawled out of the wreck completely unscathed. “I am fine. Not a scratch or bruise,” he said.

Tributes have been flowing in for the sportscar racer, Daytona 24 and Sebring 12-hour winner, racing instructor, historic race organiser and, latterly, partner at Historic Sportscar Racing, the organisation responsible for the Classic Daytona 24 and Classic 12 Hour Sebring events, amongst many others. Pace’s relaxed southern style and natural elegance will be greatly missed in the paddock. 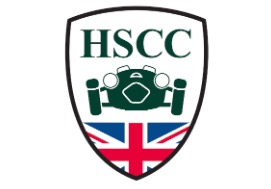 The Historic Sports Car Club has unveiled its provisional race calendar for 2021 covering nine race meetings on nine different circuits.  New for next year is a two-day mid-summer meeting at Donington Park, and a change in the Brands Hatch Indy date, which now moves to the Friday preceding the Grand Prix circuit weekend, making a three-day event using both versions of the track.

As before, the HSCC will also be the organising club for the Silverstone Classic, which will run on 30 July-1 August next year.

Andy Dee-Crowne, CEO of the HSCC, said, “No one can currently predict where the UK will be with the COVID pandemic by the start of next season, but we are very hopeful that we will be able to run a full programme of racing in 2021.”  (see our calendar page for these and other 2021 dates).

Changes ahead for Motor Racing Legends 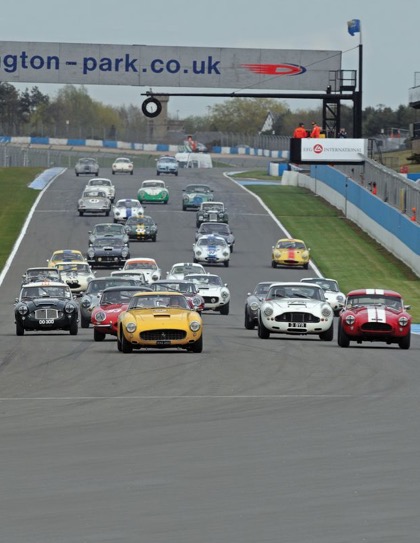 Though still provisional the Motor Racing Legends calendar has been released with five major race meetings on the schedule (see our calendar page for these and other 2021 dates).  “We are optimistic for next year, but you’ll see that we have taken the precaution of planning a more UK-focussed calendar in 2021 to minimise the potential for disruption.” announced MRL boss, Duncan Wiltshire.

But there are other changes too.  After the successful 3-hour race, put together at the last minute to fill the end-of-season void, MRL has decided not only to repeat the experiment next October 30-31, but also to add a 3-hour pre-‘66 race to its Donington Historic Festival line-up in May as well.  “Everyone really enjoyed themselves this year and drivers are keen to do it again,” said Wiltshire.

In another announcement, it was confirmed that after an approach by the new team at Jaguar Classic, MRL will run the Jaguar Classic Challenge in 2021, part of which will next year include a big celebration race at the Silverstone Classic for the Jaguar E-type’s 60th anniversary.  Further details of the Jaguar Classic calendar will be announced soon.

Besides their own series for ’50s sports-racing cars (Stirling Moss Trophy), ‘50s GT cars (Royal Automobile Club Woodcote Trophy), and Touring Cars spanning nearly three decades, MRL also administers the prestigious Pre-‘63 GT series, which this year will have two rounds, at Thruxton and at the  Silverstone Classic at the end of July, where the Royal Automobile Club Historic Tourist Trophy will be awarded to the winner.  A perpetual trophy, housed at the RAC in Pall Mall, the Tourist Trophy for Historic Cars was inaugurated in 2010 and has been won by, amongst others, Carlo Vögele/Willie Green (Ferrari 330 GTO in 2010) Stuart Graham and Richard Attwood (Aston Martin DB4 GT in 2011), Wolfgang Friedrichs/David Clark (Aston Martin DP212 in 2012), Jackie Oliver/Gary Pearson (Ferrari SWB in 2014) and more recently by Martin Hunt and Patrick Blakeney-Edwards in an AC Cobra in 2019.

One Make Races for GT40

In a further announcement, Motor Racing Legends and DK Engineering have revealed that they will also run two, 80-minute races exclusively for pre-1966 spec Ford GT40s including FIA compliant continuation models.  “One of the most prolific drivers of all time, Chris Amon, will forever be associated with the GT40, and we are deeply honoured that the Amon family will present the awards at each round,” said Wiltshire.

The first race will be held at Donington Historic Festival on 1-2 May, with the second round at Motor Racing Legends’ newly-announced end-of-year meeting on 30-31 October on the Silverstone Grand Prix Circuit.  Prospective competitors are asked to register their interest with Motor Racing Legends at www.motorracinglegends.com.