2021 was a good year for Norwegian historic racers, with five race meetings instead of the usual four, thanks to the opening of a new circuit.  The season started at Vålerbanen in May, where there was great enthusiasm for getting started after a long boring winter.  Bengt-Åce Gustavsson reviews the season

In the class for older cars, it was clear that the duel would be, as usual, between Atle Ramberg (Ford Escort 1300 GT) and John A Johansen (Mini 1275 GT), and this proved to be the case throughout the season, the pair going head-to-head over ten races.  Ramberg, proved his, and his car’s, superiority by completing a near-perfect season, winning eight of the ten rounds to take the 2021 title for Period G (1966-1971).  Though able to largely keep pace, it was only at the new circuit of Sokndal that Johansen was able to win a race. 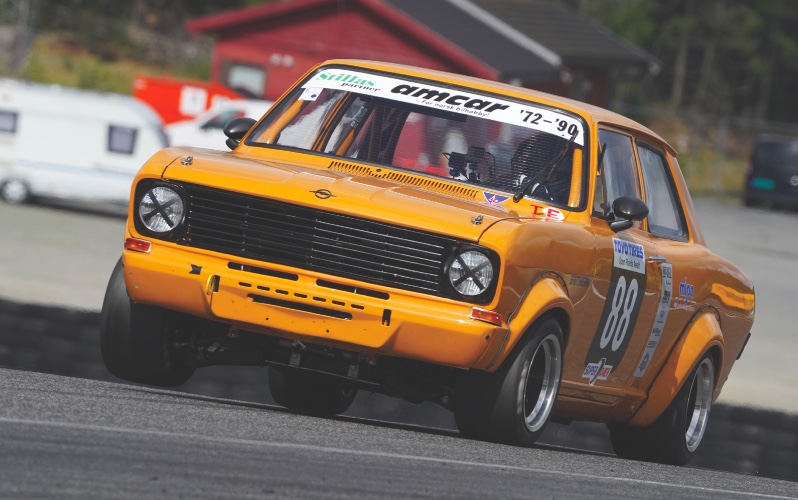 In the newer classes, it looked as though Evald Holstad (Ford Escort RS1600), Mathias Havdal (Porsche 911 Carrera RSR) and André Saethern, who had made his debut with his Opel Kadett B last year, would be the season front-runners.  Havdal had sold his Ford to Holstad  so it must have been galling to be beaten by his old car first time out at the first meeting of the season at Vålerbanen, but the Porsche driver was able to turn the tables in the second race.

The second race of the year was at Rudskogen and the Asfalt Super cars meeting, but without any super cars either from Sweden or Denmark.  Tor Magne Tjemsland brought his beautifully presented  BMW M3 E30 to vanquish both Havdal and Holstad in two races first time out, and continued his winning streak at Sokndal as well. 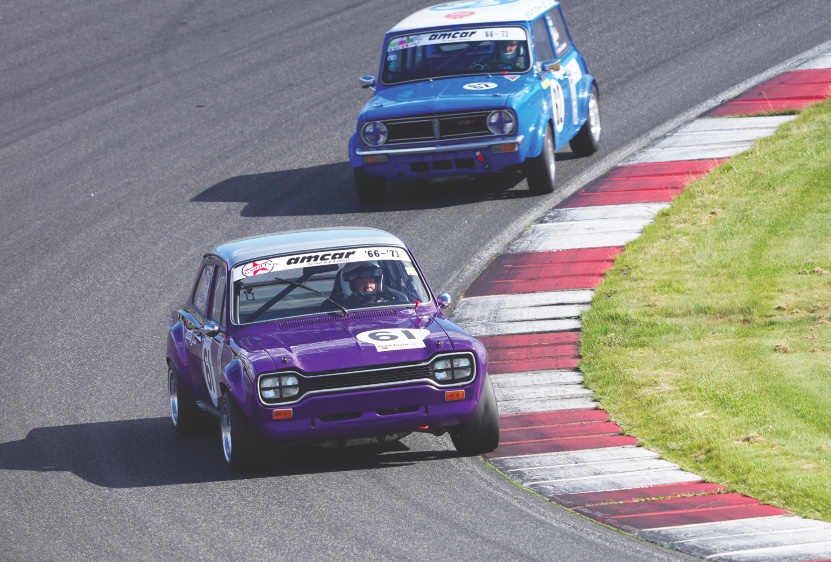 Atle Ramberg and John A Johansen

For the fourth round, the circus returned to Rudskogen for the Asphalt Classic – the largest event for historic racing in Norway, but unfortunately with very limited international participation this year.  Here, Ramberg scored two of his wins, and Hans Peter Havdal managed to  beat Holstad, who only came third behind Rune Rödset (Opel Kadett GT/E).  In the second race, Tjemsland was back in charge.

The final was run in September back at Vålerbanen, where Tjemsland took two more wins ahead of Havdal and Rödset in race 1 and Rödset and Holstad in race 2.  However, it was the most consistent driver of the season, André Saethern that took the Category G,H,I title in his Opel Kadett, while runners up Evald Holstad and Mathias Havdal took turns winning or breaking, while Tjemland scored fewer class points and finished sixth in the championship.

In Norway, the championship has been divided into three different categories. The oldest class is for all pre-1966 cars, and there Ola Svendsen was crowned champion in his Ford Cortina Lotus, with Lars Kristian Ekorness (Morris Cooper S) and Jon Asakskogen (Ford Mustang) runners-up.

A total of 80 drivers participated during the season.