Peter Auto staged two 45-minute Endurance Racing Legends support races at the Le Mans 24 Hours on 20-21 August and produced an impressive 45-car entry of the most notable endurance racers of the 1990s and 2000s.  Shaun Lynn was the winner of the first race in his spectacular Bentley Speed 8 after he vanquished the Dallara of Florent Moulin, and James Cottingham, in another Dallara, spun away the lead in the closing laps.  The overall and Prototype podium was completed by Mike Newton in his faithful MG-Lola, the car he had driven to LMP2 victory in the 2005 and 2006 Le Mans 24 Hours.  The GT battle between the Ferrari 550 Maranello of Dominik Roschmann and the Aston Martin DBR9 driven by Roald Goethe and Stuart Hall ended with the victory of the English car in fourth place overall. 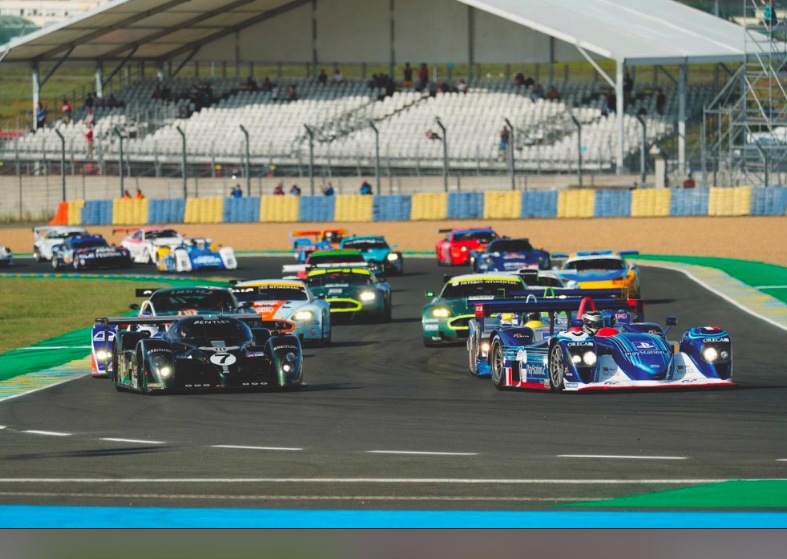 Cottingham did not repeat his mistake in the second race, taking a lights to flag lead in the Dallara Playstation 2, while Lynn and Moulin had a proper ding-dong for second place, the pair swapping places on several occasions on the Mulsanne straight in their 20-year-old prototypes at speeds of up to 315 km/h.  Moulin gave himself a big scare when he put all four wheels on the grass as he was pushing hard on the exit from the Forest Esses, but he managed to get back on the track without hitting the guardrail!  Finally, the French driver lost contact with Lynn during his pit stop, leaving Friday’s winner to clinch second place.  Another spectacular GT battle raged between two well-known drivers in two legendary cars: Dario Franchitti in an Aston Martin DBR9 and Emmanuel Collard in a Porsche 911 GT1.  Franchitti emerged victorious in the end, a great way for him finish off his weekend of discovery of the big Le Mans circuit on which he admitted he had always dreamed of racing!