FHR held their first event of the season on 7-8 May at Hockenheim, bringing grids that included the Can-Am & Sportscars and the recently-announced Group C Classics, as well as the Gentle Drivers Trophy, GT Classics and Tourenwagen Classics. For this first outing, the Group C cars ran with the Can-Ams and sportscars with only two takers. Michael Lyons (Gebhardt C88) and Felix Haas (PRC 97), who twice stood on the Group C podium in that order. Georg Hallau went home with the most silverware, winning the sportscar category in the first of two races in his Lola T310, and taking both Gentle Drivers races in his Lotus 23. Runner-up in race one, Harry Schmidt turned the tables on Hallau in the second sportscar race in his McLaren M8C. 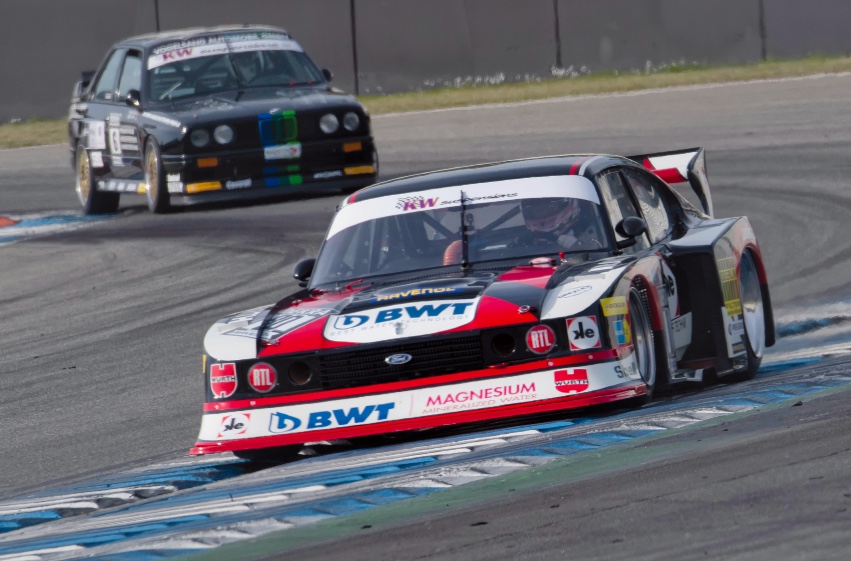 Previously, the two-minute mark for Group A cars on the 4.574km track was more or less the limit, but this was pulverised, as low and medium 1:50 times were almost the rule on the monitors during qualifying for the Tourenwagen Classics. Sub 2-minute times up to and including 19th place were noted. With a long safety car period at the start of the 40-minute race that lasted all the way to the pit stop window, overall victory went to the father-and-son team of Peter and Stefan Mücke with their Ford Zakspeed Turbo Capri. The leading pair had a bad stop, but Michael was able to recover from seventh place to beat Yannik Trautwein’s BMW E36 and Hans-Ulrich Kainzinger’s Porsche 993 GT2 to the line. Marc Seesing (BMW M3) and Michael Hahn BMW 325i, won the 88 and 86 Group A classes respectively.