With the UK quarantine restrictions in place, it is clear that very few UK competitors are willing or able to travel to Portugal and Motor Racing Legends, which was  to have four grids there made up mainly of British teams, has decided not to go.  Duncan Wiltshire of Motor Racing Legends, informed competitors,  “With heavy heart.  This is tough on those of you who were still wanting to go, but with so few cars on each grid our attendance at the event has simply become untenable,” he said.  “We love the Algarve Classic Festival, having supported it every year since it began in 2009. To all of you who were still willing to go, I apologise.”

Likewise after putting it to a vote and receiving some positive responses from those willing to quarantine afterwards, Automobiles Historiques have also cancelled their GT & Sports Car Cup race at the undulating Algarve circuit.  “A real shame,” said Vanessa Marçais, “as initially we had a 30 car grid for this event.”  Formula Junior has also informed competitors that they have cancelled their  race at Algarve for the same reason. 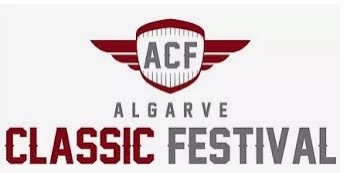