A beautiful spring morning greeted the drivers of the Vintage Sports-Car Club’s season opener at Silverstone, the Club’s first race meeting since way back in August last year. A light breeze and bright sunshine under a clear sky soon boiled away the overnight frost, as the teams began the engine warm-up procedures and the heady aroma of pure alcohol racing fuel with just a hint of Castrol R drifted across the paddock, says Chris McEvoy. The spacious environs of Silverstone made it the ideal location for racing during a pandemic, but despite this, the meeting had to be held without spectators. It was, however, the opportunity to give the cars an outing and test the work done over the extended winter lay-off and to see if all of the hard work, skinned knuckles and occasional verbal threats would pay off. 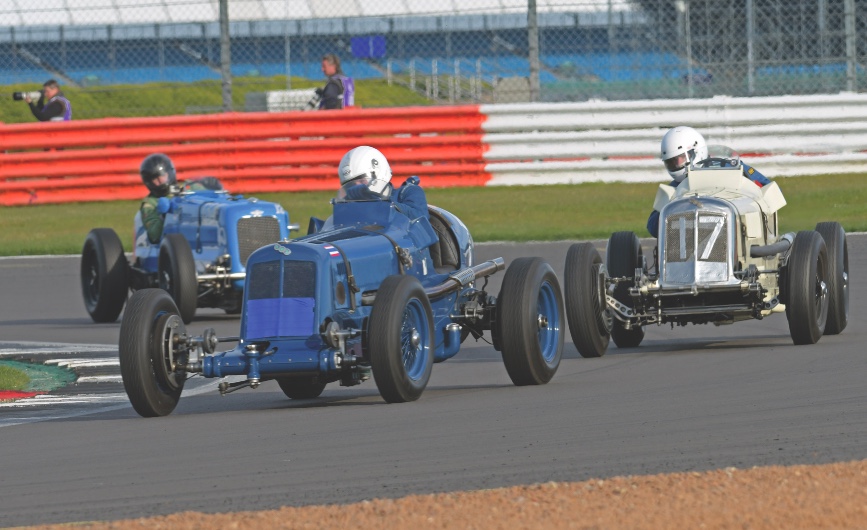 The morning’s mixed practice sessions passed largely uneventfully, though one driver lost a wheel at Copse. The wheel stayed on all the way through the wiggle of Maggotts and continued onto the full circuit, when the rest of the car turned right into Becketts for the National one. As always with VSCC events there was an interesting range of vehicles, showing automotive development, some with features still discernible on modern cars, to the quirky that only lasted briefly but seemed a good idea at the time. And you have to remember that in the VSCC ‘modern’ cars are typically those that have front brakes and the gear lever inside the body work. Although a roof and full windscreen are still regarded as optional. An afternoon’s card of ten races kept the action moving and started with a 32-car grid for the VSCC Specials Race for the Silverstone Trophy. Having made their official debut at Silverstone in October 1948, two races for F3 500s were on the programme, as the invited Formula 3 500 Owners Association took to the track. An unkind description of these diminutive but rapid vehicles is that they resemble a large cigar tube powered by a motorcycle engine. However, with lap times amongst the fastest of the meeting they are certainly serious racers. George Shackleton (Cooper MkXI) demonstrated his prowess at the wheel by taking the flag in both races from pole position. 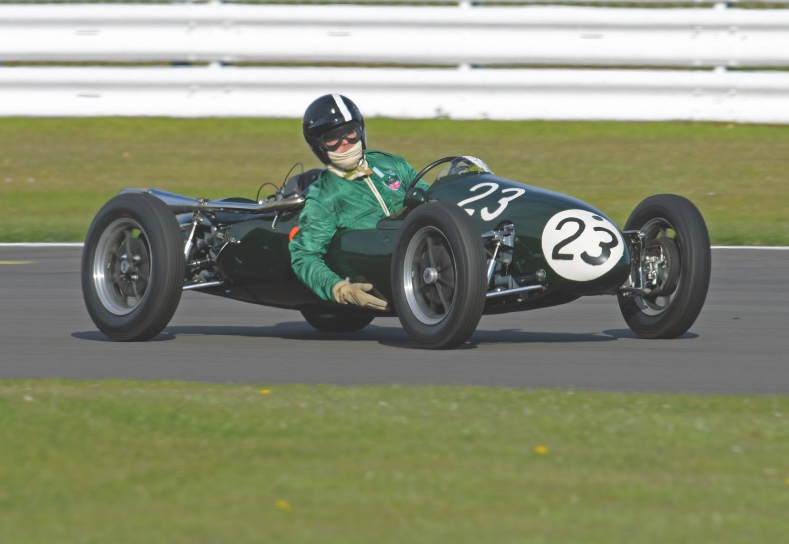 Race 3 was an amalgam of the Vintage, Pre-War and Pre-1961 Racing Cars grids, comprising the classes for the GP Itala & Lanchester Trophy, and the Amschel Rothschild & Patrick Lindsay Memorial Trophy. Possibly the race of the day, Frederick Harper took his Kurtis Indy-Roadster to a win from pole, ahead of Richard Wilson in a Ferrari 246 F1.

Another guest grid was the HGPCA with a cracking race for Pre-1966 Grand Prix Cars that saw Barry Cannell in his Brabham BT11A chasing poleman Will Nuthall’s Cooper T53 from the off, with Andrew Beaumont (Lotus 18) keeping a close eye on proceedings. 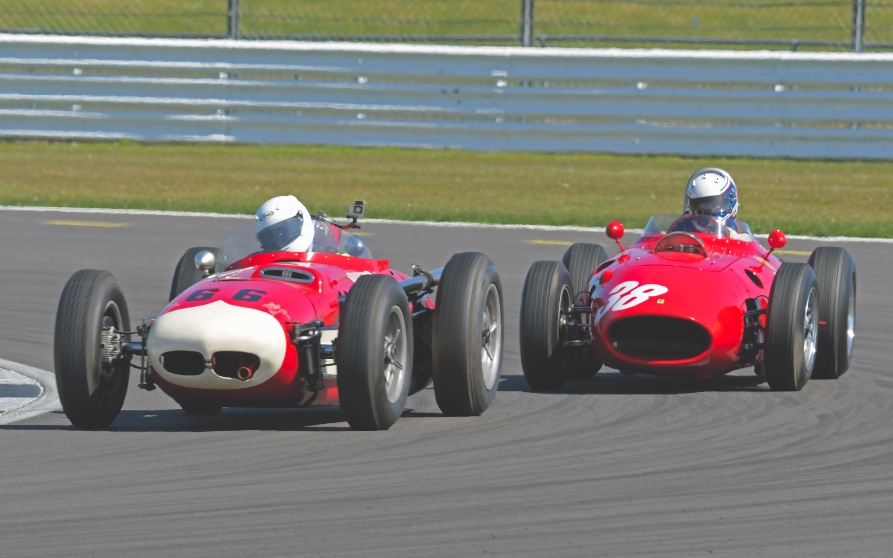 The ODM/Fox & Nicholl Trophy Race for Standard and Modified Pre-War Sports-Cars saw a packed grid with reserves, one of which was the eventual winner. The ODM stands for Owner-Driver-Mechanic and is a special award for amateur racers.

The race attracted a wondrous variety of cars such as Delahaye, Frazer Nash and Talbot Lago into the action.  A joint venture between the VSCC and the Fifties Sports Car Club, the FISCAR Tom Cole Trophy & VSCC Hawthorn International Trophy Race featured sports racing cars from the ‘50s. 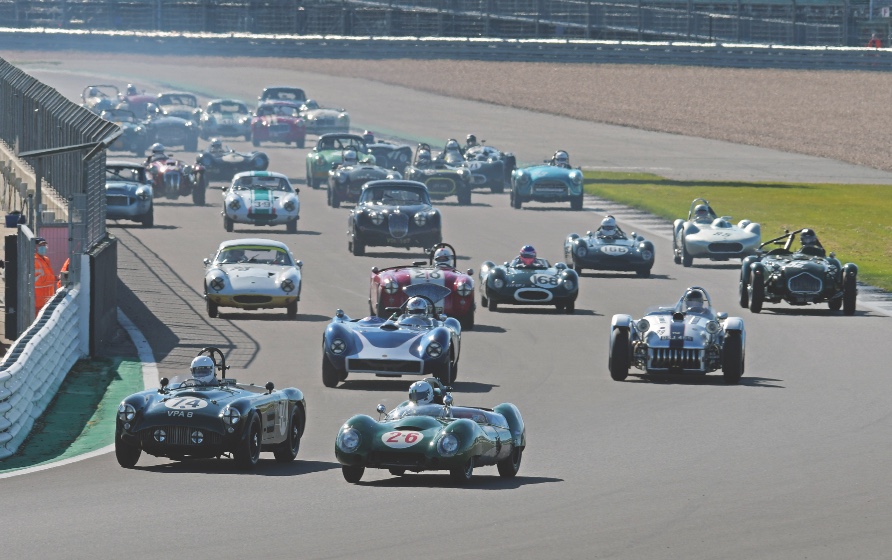 Handicap races are a favourite feature of VSCC events, bestowing a means by which disparate vehicles can compete on a relatively equal basis. Two short All-Comers Handicap Races for Pre-War cars saw victories for Wilfred Cawley in his Austin 7 Special and Ben Maeers (1926 GN Parker), a fitting consolation for a DNF in the earlier HGPCA race aboard a Cooper T51.