a little smaller, just as loud

The Historic Sportscar Racing (HSR) Classic Daytona presented by IMSA shook the coast of Florida for its fifth running on 4-8 November with a colourful spectrum of historic race cars.  More than 60 years of speed were represented, from late-‘50s American muscle to barely-past-their-prime prototype and GT cars, all attacking the famous high banks for the 24 hour event.

Billing itself as the “World Center of Racing,” Daytona works hard to earn the title.  The coastal Florida city is famous for its long sandy Atlantic beaches, but its thundering heart is the Daytona International Speedway.  This sprawling complex is built around a 4-kilometre (2.5 mile) tri-oval stock car track, bordered on one side by a massive 123,500 seat grandstand, hosting a variety of motorsport events including the NASCAR crown jewel, the Daytona 500. 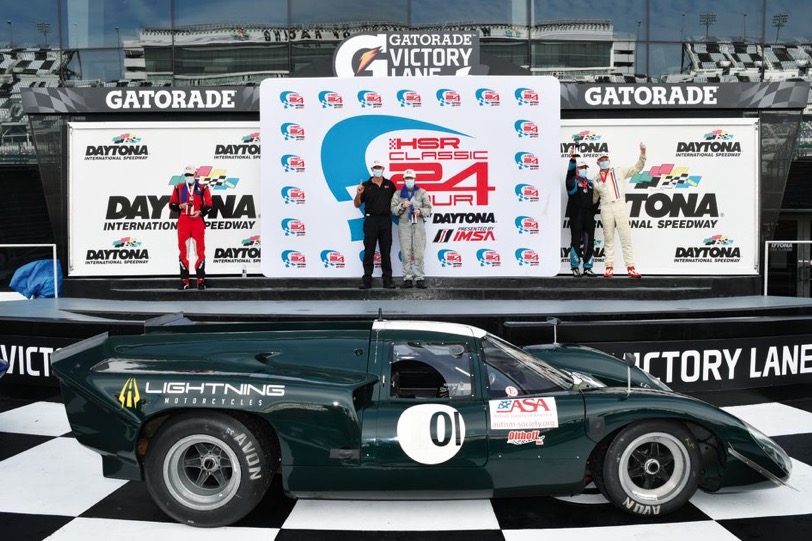 Sports cars get another mile of asphalt with the addition of a tricky infield road section, as well as a chicane to break up the super-fast outer track.  This full 6.23 km (3.87 mile) course is home to the International Motor Sports Association (IMSA) Rolex 24, which joins the 12 Hours of Sebring and the 24 Hours of Le Mans to form what many call the triple-crown of endurance racing.

If attending an event at Daytona is a pilgrimage craved by most enthusiasts, then the chance to race there is to be lusted over.  HSR’s annual event provides the perfect opportunity, with seven classifications designed to create close competition for almost any car.  The Classic Daytona 24-hour race debuted in 2015 and was originally intended to run every other year on a schedule opposite Le Mans Classic.  This would give international competitors an opportunity for a premier round-the-clock race annually, in Europe one year and America the next.  However, HSR’s second event, in 2017, proved so popular that it became an annual running, growing each of the next two years. 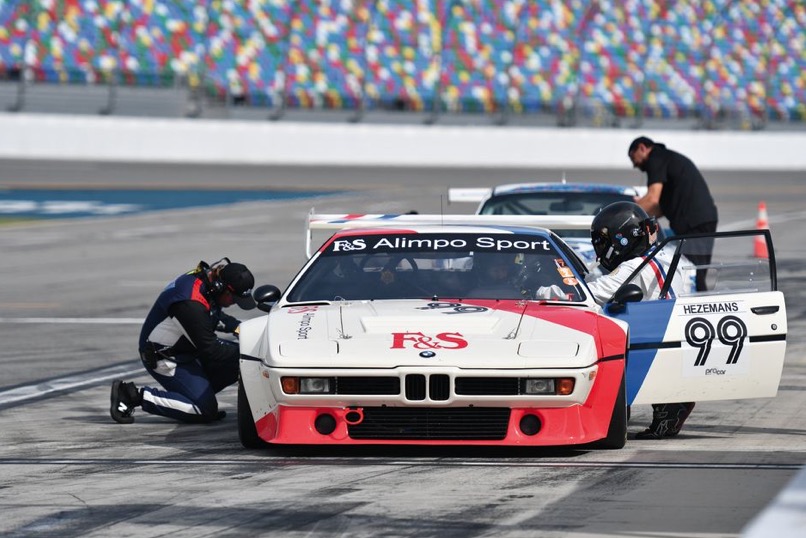 Then 2020 arrived, pandemic in tow.  Like most of the world, HSR had to cancel some events and reconfigure others, but decided ultimately to go ahead with its signature Daytona Classic with concessions made for travel restrictions and social distancing.  The downsides were evident; fewer spectators, more subdued and distanced celebrating, and most significantly, the absence of dozens of European teams that had added colour, intensity and flair to the past few events. 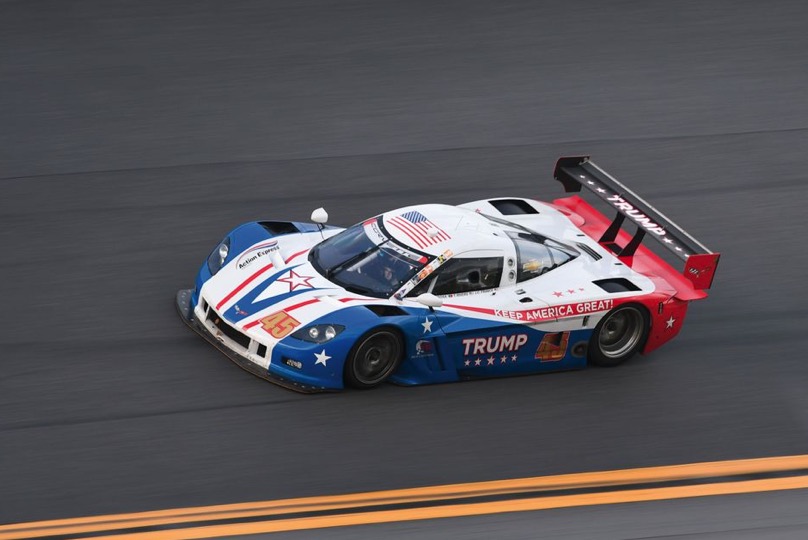 The winning Corvette’s original red, white and blue livery was modi ed in a homage to US President Donald Trump

Competitors seemed unphased by the lack of fireworks, autograph sessions and driver’s forums.  The thousands of masked fans in attendance, likewise, didn’t seem to mind.  The focus has always been on the machines, mechanics, drivers and support crews that make the glorious speed, sound and fury possible. 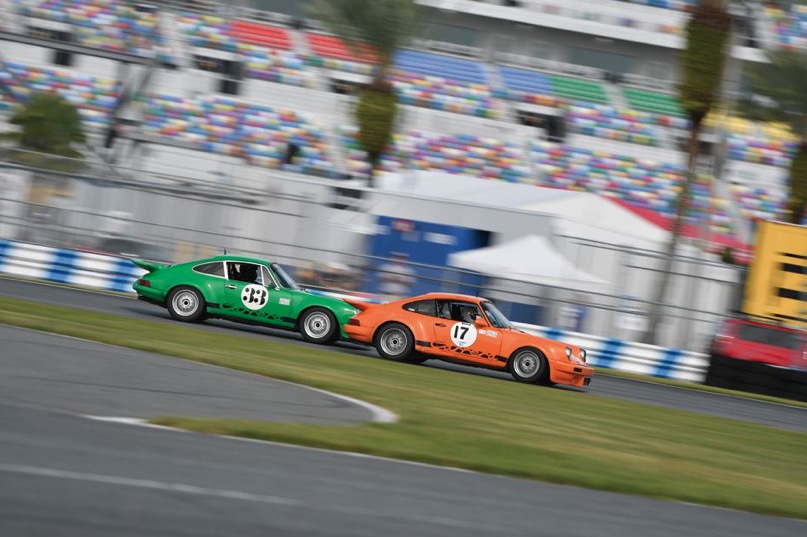 Porsche 911 iterations were the weapon of choice in Group B

Though some distant teams weren’t able to attend this year, and grid numbers were down, there were still many significant or rare cars on track being run at full tilt.  Two fan favorites, both from 1979, were cars that hadn’t been raced in decades.  The No. 94 “Road Atlanta” 1979 Porsche 935 was recently restored by Carlos de Quesada and his Alegra Motorsports team.  Fans and competitors alike were thrilled to see the deep-yellow ex-Whittington Brothers Racing car make its first race start since winning the 1979 IMSA GT final at Daytona more than 40 years ago.

For the full report see our December 2020 issue