The three-day Estoril Classics race meeting has been steadily gaining momentum over the past four years, with a winning formula involving 20-25 degree weather under a beautiful blue sky, an iconic circuit, built in 1972, that has seen all types of international racing, the beauty of the region, great food and the welcoming nature of the Portuguese people.  Despite travel restrictions and all the rest of the difficulties we are living through, 200 teams turned up to enjoy what was for many, the last outing of the season.

This is also the first year, in a three-year arrangement, that the Peter Auto grids were to make up the bulk of the programme, and though travel restrictions saw lower numbers than would have otherwise attended, it brought the cream of historic racing cars and drivers to Estoril. 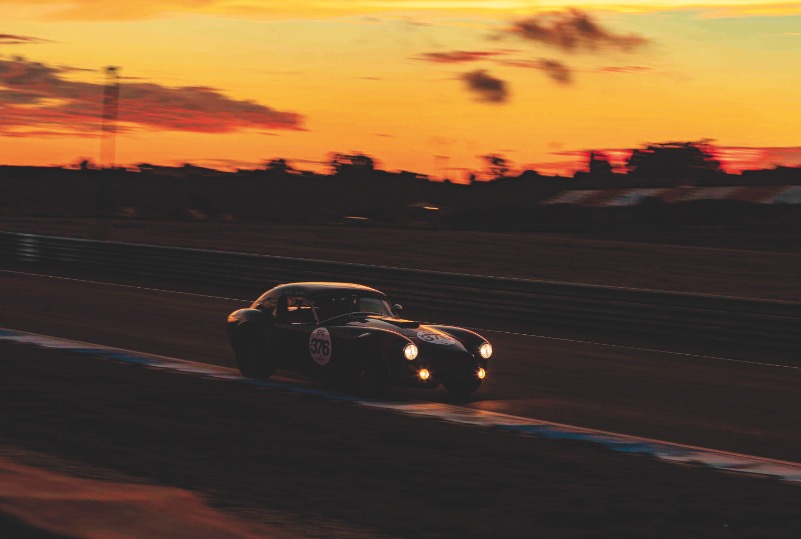 Usually attracting over 20,000 fans, this year no public was allowed, but enthusiasts could follow all the racing from home through a live stream of the whole weekend, and some 80,000 of them took up the offer.

Many of the stalwart Peter Auto regulars were there with several cars, and these included David Hart, who, with Nicky Pastorelli won the first of two Greatest’s Trophy races in David’s Costin-bodied Lister Jaguar, having resisted the attentions of Dirk Ebeling’s Bizzarrini.  Sunday’s second race was unfortunately without the victorious Lister, leaving Ebeling’s Bizzarrini and Guillermo Fierro’s Maserati T61 Birdcage fighting for the top spot, with the Bizzarrini taking the advantage.

Two 45-minute races for a thin grid of Group C cars saw the return of the Nissan R90 CK of Pierre-Alain and Erwin France.  The Nissan, that had been forced to withdraw from the race at Monza with mechanical issues, qualified second behind the Porsche 962C of Michel Lecourt and Raymond Narac, both cars reaching in excess of 300kph on the straight. 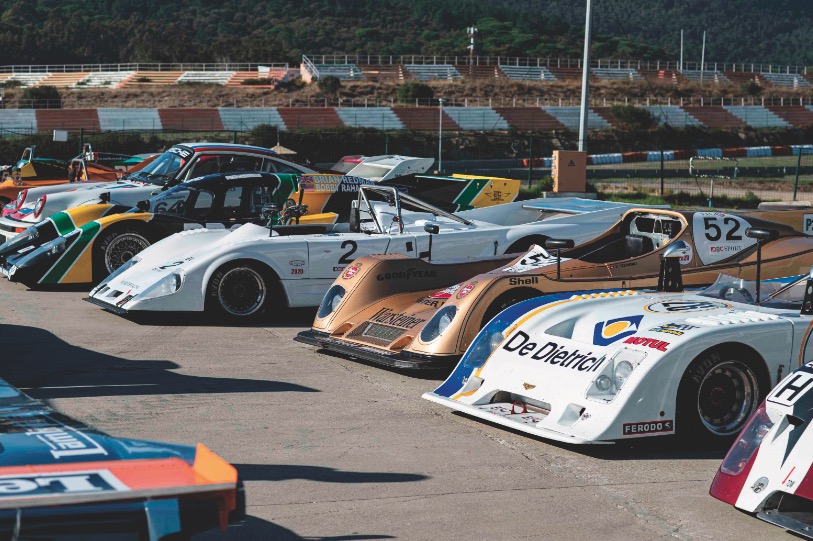 As usual for Peter Auto, a large and varied grid of pre-‘66 GT and pre-‘63 prototypes lined up for the two-hour Sixties’ Endurance race as the last race on Saturday, this time with the Porsche 911s of the 2L Cup in their midst.

Leading the pack were the well-known Sixties’ Endurance trio of Xavier and Olivier Galant, David Hart/Nicky Pastorelli and Damien Kohler, sharing his “new” Gipimotor-prepared car with Christophe Van Riet, all three teams in Shelby Cobras, with the Mahé father and son Cobra in their wake.  Young Xavier Galant took the initial lead from Hart, with Yvan Mahé and Kohler in their own battle for third. 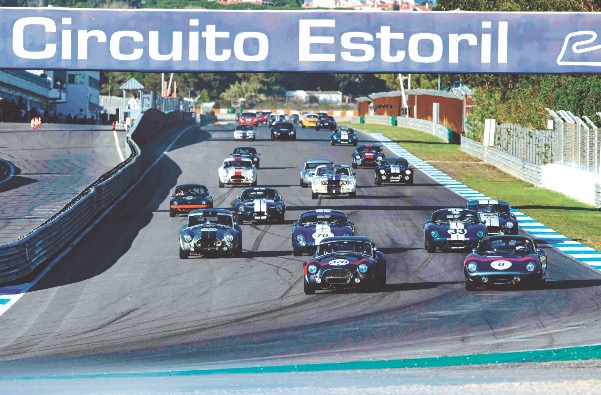 After the pit stops Pastorelli in the Hart car was chipping away at Olivier Galant’s lead, but he was under attack by France, who got past on lap 46 and went after Galant.  By lap 50 of 56, as night began to fall, France was past Galant, and on the following lap Pastorelli was past too and on France’s tail.  In the final suspense-filled lap, with headlights ablaze, France crossed the chequered flag just 1.857 seconds ahead of the Hart/Pastorelli car.

A healthy grid (for these COVID times) of 20 cars lined up for the one-hour Heritage Touring Cup race with the Ford Cologne Capri 3100 RS of United Autosports’ Zak Brown, co-driven by Dario Franchitti, on pole with Gipimotor boss Christophe Van Riet’s Capri alongside hoping to make up for his retirement due to gearbox problems from the race at Monza. 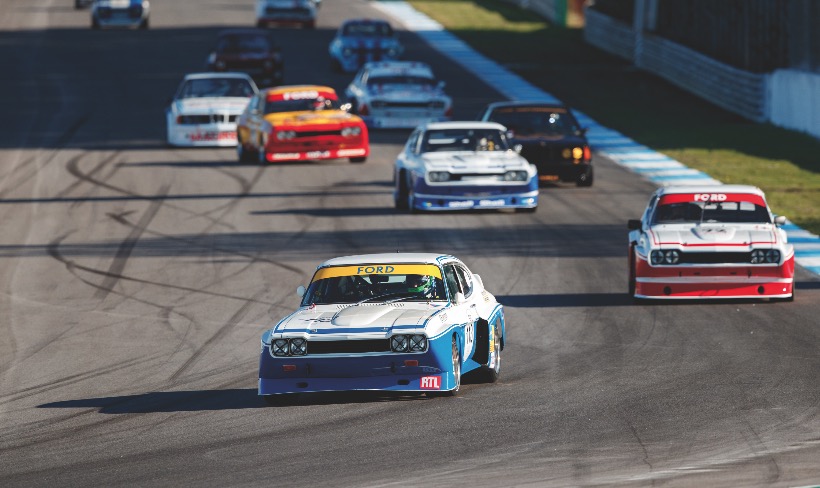 United Autosports’ Zak Brown, with Dario Franchitti, started the Heritage Cup on pole, but their race was short lived. The pair had bad luck too in their Jaguar XJR10, retiring from the Group C race

This time the bad luck hit his rivals when Franchitti had to make a pit stop with an engine problem at the end of the first lap.  The car did not return to the track until lap 17, with Brown at the wheel, who only did three laps before retiring to the pits again, this time for a problem with the accelerator cable.  Meanwhile Van Riet continued to circulate in the lead, followed closely by Yvan Mahé and Yves Scemama.  Unlike at Monza, in the absence of the Swiss-driven BMWs, it was an all Ford podium.

Hart and Pastorelli were once again in the limelight in the Classic Endurance 1 race, which they won in their Lola T70 MKIII B after a tough fight with the similar MK IIIB of Robert Beebee/Steve Brooks and Marc Devis/Martin O’Connell in a McLaren M8C.  A worthy contender in this David and Goliath battle was John Emberson in his Chevron B19, keeping pace with the McLaren, until the latter came to a stop on the side of the track, then restarted and limped to the pits. 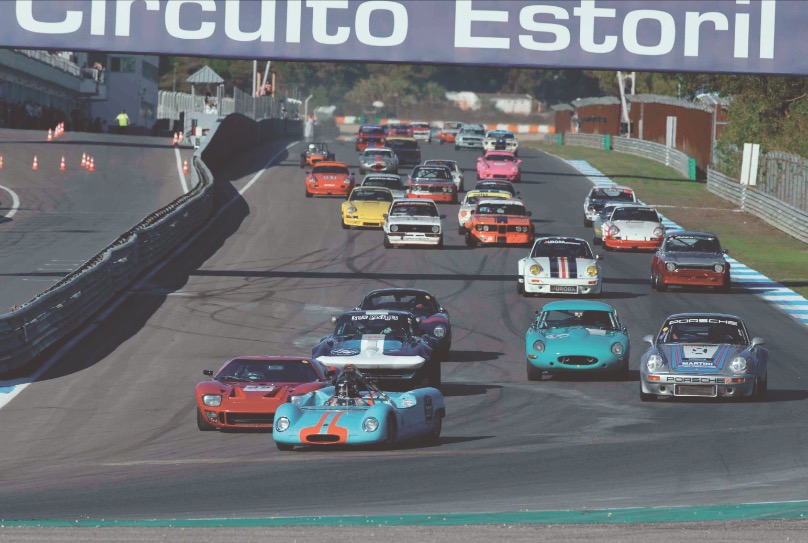 Yves Scemama lined up his TOJ SC304 on pole for the one-hour CER 2 race.  In the last place was Monza winner Philippe Scemama in a Lola T600 after qualifying troubles.  OK it was a small grid, but by lap two Philippe was in second place and challenging brother Yves for first place, but with a mirror full of the Chevron B36 of Francisco Lara Resende.   A safety car, due to oil on the track, neutralised the race, which was re-started just as the pit window opened.  Everyone except Resende piled in for their mandatory stop, the Brazilian’s strategy to take advantage of a free track and make up the most time possible.  Unfortunately it wasn’t enough and didn’t allow him to come out of the pits ahead of the Scemama