Postponed from its original June date, Historic Promotions’ Thruxton Historic event delivered lashings of nostalgia on 15-16 August.  An eclectic mix of cars – the oldest dating way back to the 1920s, when the Brooklands Automobile Racing Club, forerunner of the current BARC was in its pomp – entertained spectators and classic car club members, permitted here for the first time this season.  Grids included cars of a type that competed at the airfield in 1952-‘53 (on different circuits), painted pictures of the fallow interval until ‘68 when it reopened on the current ultra-fast perimeter track, and traced much of its modern history.

On a programme – not that one was printed per current Motorsport UK rules – on which rousing Jaguar C, D and E-type tussles delighted onlookers in the Motor Racing Legends’ sports and GT showcases, the other major highlight of the weekend was a splendid race for Pre-War Sportscars, a spectacle not seen at Thruxton since the Aston Martin Owners Club  hosted a pre-war race there in 2004.  Relayed by Blakeney Motorsport spannerman Mike Grant Peterkin, the intrepid Patrick Blakeney-Edwards overtook feisty German Rudi Friedrichs’ 4.3-litre Alvis Firefly in a whir of chains to win brilliantly in his 1929 Frazer Nash Super Sports. 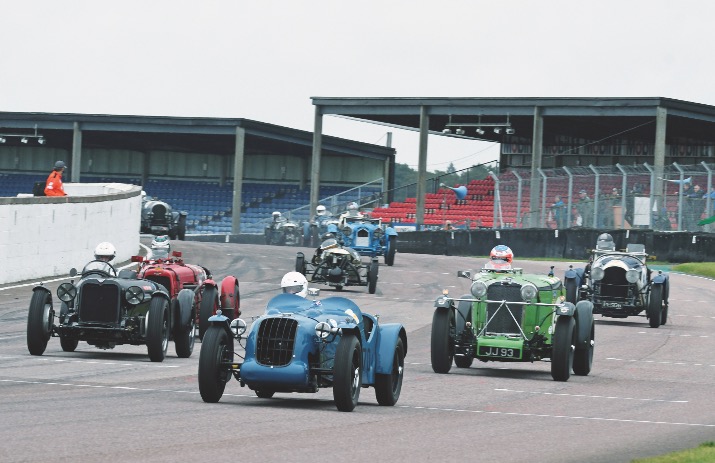 Four E-type Jaguars, braces of hooded roadsters and fixed head coupes, initially led the Pre-‘63 GT race.  Impressive leader James Cottingham had just handed over the ex-Merle Brennan US racer – a year to the day after its purchase – to Harvey Stanley when its distributor self-destructed.  With the James Hanson/Paul Pochciol coupe out with a brake issue, again just after the mandatory stop, current British Touring Car Championship racer Rory Butcher took Jon Minshaw’s dove grey roadster on to victory over soloist Oliver Bryant’s coupe, its engine power blunted by a misfire. 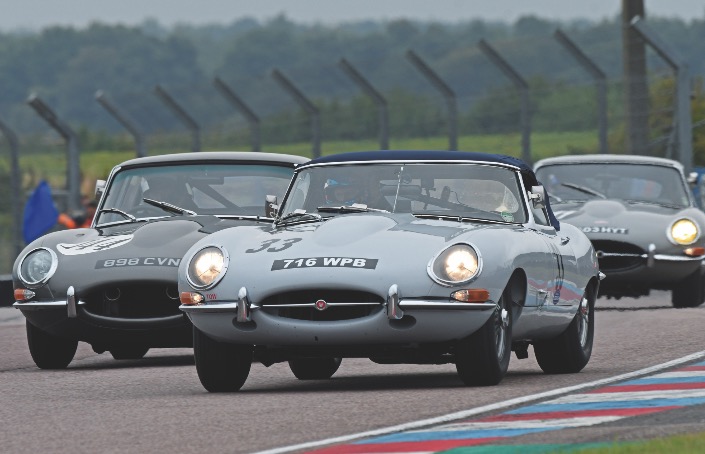 Mike Grant Peterkin kept Friedrichs on his toes in the opening half of the Pre-War race which embroiled cars representing 10 marques.  In a typically audacious manoeuvre, Blakeney-Edwards ambushed his rival into the chicane for victory in his Meadows-engined Nash.  “It’s scary out the back,” smiled Pat, an understatement surely, since he’d lapped the flowing 2.356-mile circuit in 1m42.050s (an average of 83.11mph) in a 91-year-old car with no differential and on 4.50 x 19in tyres. 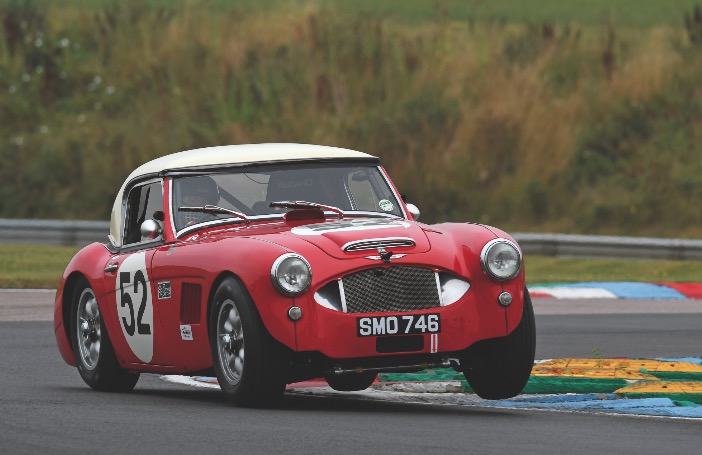 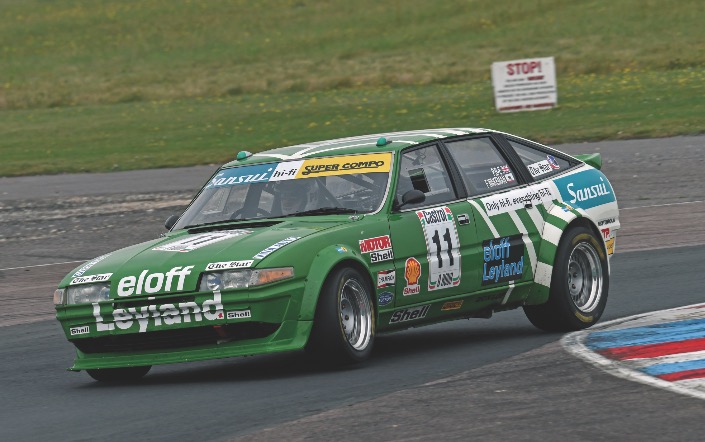 Holme had not driven SMO until Saturday’s qualifying session, when its gearbox broke.  Undeterred, he made a 280-mile round trip to transplant the box from his other competition Healey, returning for the 90-minute feature race.  Keith Ahlers (Morgan +4 SLR), Holme and Crispin Harris (Healey) led initially, before James Hanson blasted Paul Pochciol’s Jaguar E-type from the back of the grid and took the initiative.  While Jeremy Welch – due to drive the middle stint in Holme’s 3000, then finish Doug Muirhead’s - was signalling Mark to slow down, top qualifier Ben Adams was on a fuel-saving mission in his little Lola Mk1.  William Paul, meanwhile, kept the leaders within range before installing British Touring Car Championship Ford Focus star Rory Butcher in his semi-lightweight E-type. 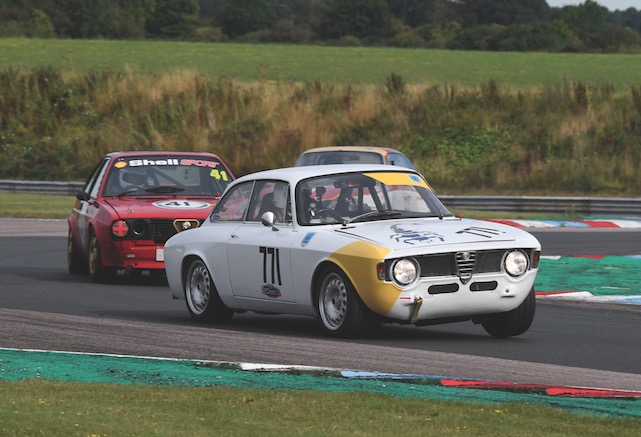 Once aboard, Butcher sped into the distance, effectively presenting his car owner the lead when Adams made his second mandatory stop in the Lola.  But surprises lay ahead.  Adams had reeled-in Billy Bellinger (in Ahlers’ dark green Morgan coupe) and repassed Paul, with 11 minutes remaining.  Two laps later, though, the Jag ground to a halt, its 90 litres of fuel exhausted.  Then Adams, two-thirds of a lap clear of Holme with three to run, pulled off out of juice.  Holme thus motored round the final three laps, taking the chequered flag 49 seconds ahead of Ahlers.