Over the years, starting back in the ‘70s, there have been many “almost anything goes” categories for saloon and sports cars - Super Saloons, Thunder Saloons and Modsports etc., groups that led to the creation of such cars as Gerry Marshall’s Chevy V-8 “Big Bertha” and Mick Hill’s VW Beetle bodied F5000 car.

Fortunately, the Classic Sports Car Club revived such racing back in 2011 and, after a couple of trial events in 2012, introduced a class for Racing Special Saloons and Modsports, together with the other “Classic” categories run at their race meetings.  The group caters for cars that could have raced up to the end of 1993 with separate classes for those running period correct engines and those with more modern engines.

For the 2021 season, a 13-race programme at six circuits was planned with the latest rounds at the Brands Hatch August Bank Holiday meeting.  Originally a CSCC two-day affair on the Indy circuit, some COVID rescheduling saw the circuit taken over by a round of the World GT Championship on the full Grand Prix circuit on that weekend.  Unusually for a modern meeting, all the CSCC’s categories were retained to provide the supporting races, which attracted large entries for all categories given the opportunity to race on the full GP circuit. 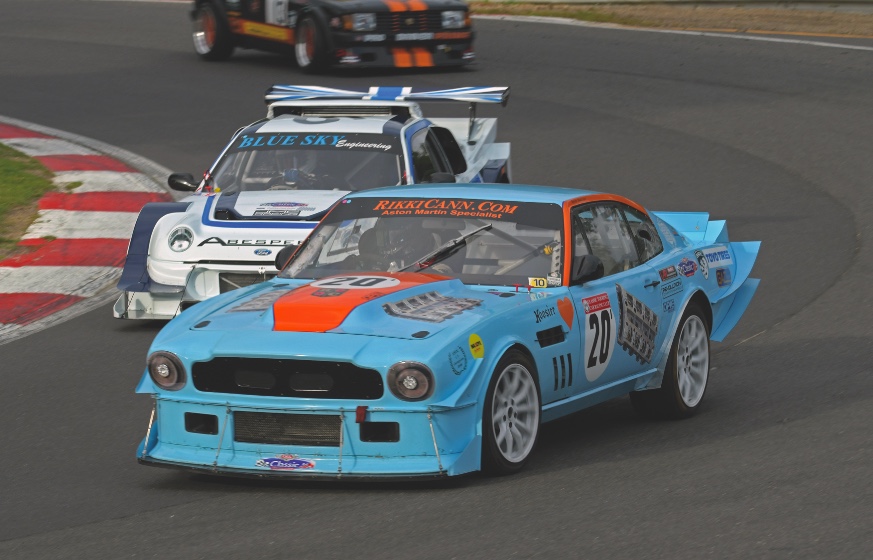 A total of 40 cars turned out for Sunday morning’s practice with 36 eventually taking the start.  Ironically the change of circumstances had a sting in the tale.  Competitors were scheduled to have two 20-minute races but, following serious barrier damage caused during the first World GT race that led to a 90-minute delay, the first of their races was cancelled.

Their one race of the weekend proved to be a four-car battle for the win.  Initially led by Brands specialist Rod Birley with his BMW E36 before Wayne Crabtree took over in his Ford Escort RS200, the MG Modsports of Chris Southcott moved into second.  Sam Wilson’s Aston Martin V8 Vantage then passed Birley on the main straight for third spot.  Crabtree collided with a backmarker approaching Stirlings on the penultimate lap, which eliminated the Escort, and Wilson also moved past Southcott to assume the lead and victory. The Peugeot 309 GTI of Danny Morris, which had been running in third, then inherited second place when Southcott’s MG blew it’s engine on the final lap, leaving poleman Birley to claim the final podium spot.