After the cancellation of the Spa Six Hours Duncan Wiltshire of Motor Racing Legends, has gone way out on a limb to give drivers the opportunity to drive the Silverstone Grand Prix circuit in a one-off three-hour race on October 25.  The RAC Historic Tourist Trophy usually runs at Silverstone Classic for pre-‘63 GT cars, but this race will be open to pre-1966 cars grouped in categories, to include GT, GTS and Touring Cars (categories GT, GTS & CT) of Periods E and F; and sports and sports racing cars (category TSRC) of Period E.  The race is by invitation and cars must conform to Appendix K.

Teams must have two or three drivers and though at least two pit stops are mandatory, there is no pit window, so teams can play with strategy.  There will be separate awards for Pre-‘63GT cars, pre-‘66 cars and for pre-1961 sports racing cars.

Entries are encouraged to form teams of three cars – one from each of these categories.  The Royal Automobile Club Historic Tourist Trophy will be presented to the three cars from the most successful team overall.

There will also be support races at the short, one-day meeting, including a combined Woodcote Trophy and Stirling Moss Trophy one-hour race and a one-hour race for Touring Cars of all ages.

The event is taking place on the first day after the clocks go back and the three-hour race is due to finish just as the sun sets.

Run without spectators, as per government and Motorsport UK guidance, teams will run their cars out of the Wing in the International Paddock.  It will be a full unsilenced day.  Competitors will have access to the paddock from 4pm on Saturday afternoon and motorhomes will be allowed in the paddock overnight. 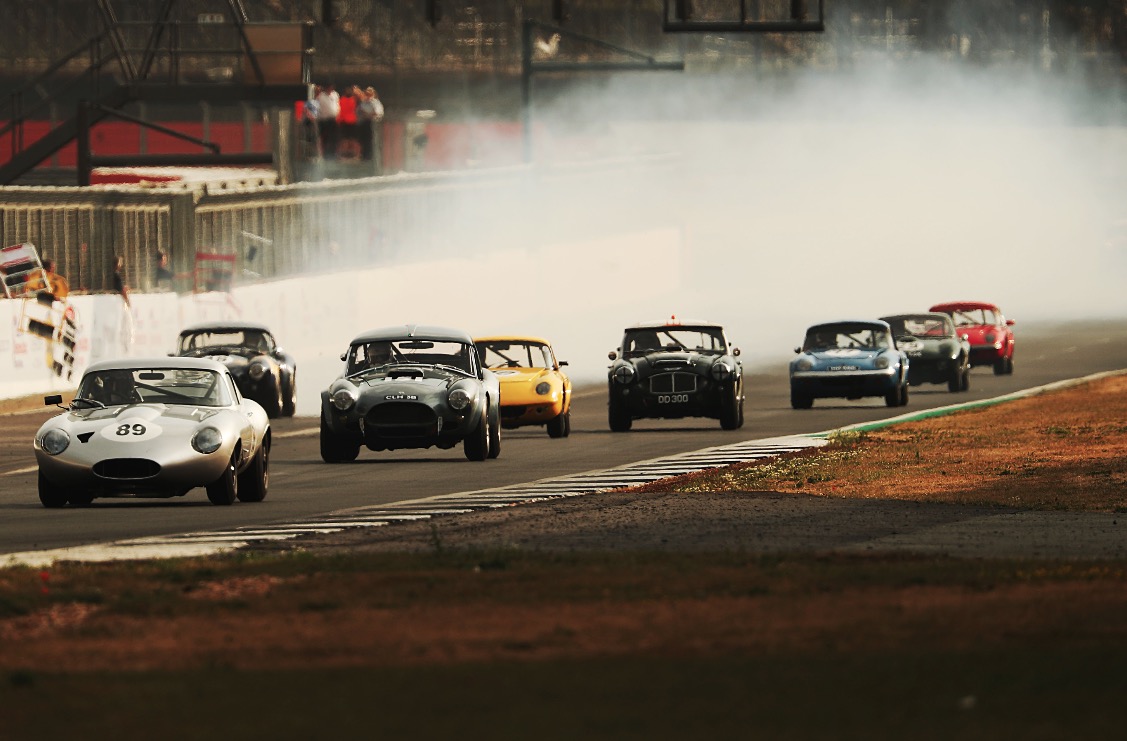