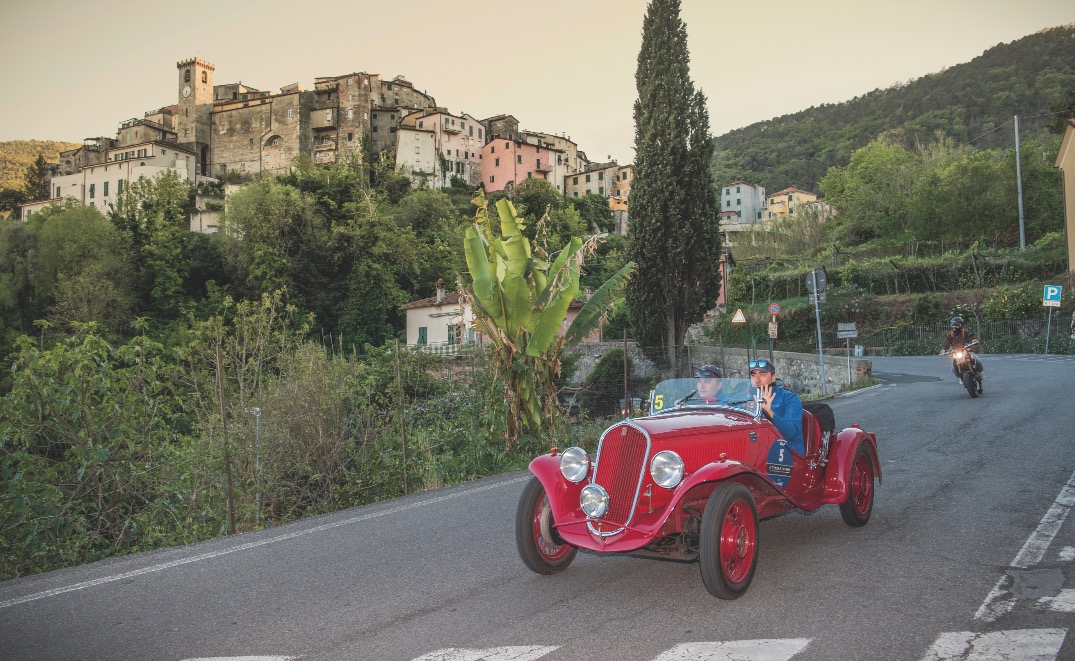 Brought to you by the team that runs the Cento Ore, the Terre di Canossa rally gives Luigi Orlandini and his organisation the chance to really show what they can do to give participants a unique Italian cultural experience.  In the more relaxed atmosphere of a regularity competition covering only 600kms, the rally is a pilgrimage to many medieval sites dating back to the XII century, when Matilde di Canossa ruled over central Italy.

Starting on 16 April in Salsomaggiore Terme near Parma, with the opening soiree in the medieval castle of Tabiano, built by the Pallavicino family in the X Century, the rally will cross the Apennines.  Passing through “città d’arte” such as Lucca and Pisa, to reach the UNESCO heritage site of the Cinque Terre and the beautiful seaside village of Lerici, ending the day on the beach in Forte dei Marmi.

Saturday will take competitors over the old Circuito del Montenero that hosted the Italian Grand Prix in 1937, and the Via Aurelia, while the finish on Sunday will be in Quattro Castella at the Castle of Bianello, where on February 28th 1077 the Holy Roman Emperor Henry IV met Pope Gregory VII to beg his forgiveness for trying to usurp Papal power.  That evening, Gregory, Henry, and Matilda of Canossa shared communion in the chapel inside the castle, signalling the official end of Henry’s excommunication.

Limited to 100 cars, the event doesn’t neglect the culinary aspects of Italian culture either, engaging award-winning chefs and selecting the best local wines.  Organisers stress that the route is suitable even for the oldest cars and there is a special pre-war cup.  April 16-19 are the dates.  See www.granpremioterredicanossa.it for more information and entries.