Formerly a famous speed event, the ‘Neige et Glace’ fell foul of the 1974 oil crisis and was revived as a historic regularity rally in 2000, run by Dakar winner Patrick Zaniroli.  He moved the event from Grenoble to the Jura, dubbed by locals as ‘Little Siberia’, because of the near certainty of finding snow and ice there in January.  A switch back to the area around Grenoble for the past two years proved unpopular with competitors and the event is now firmly back in Malbuisson. 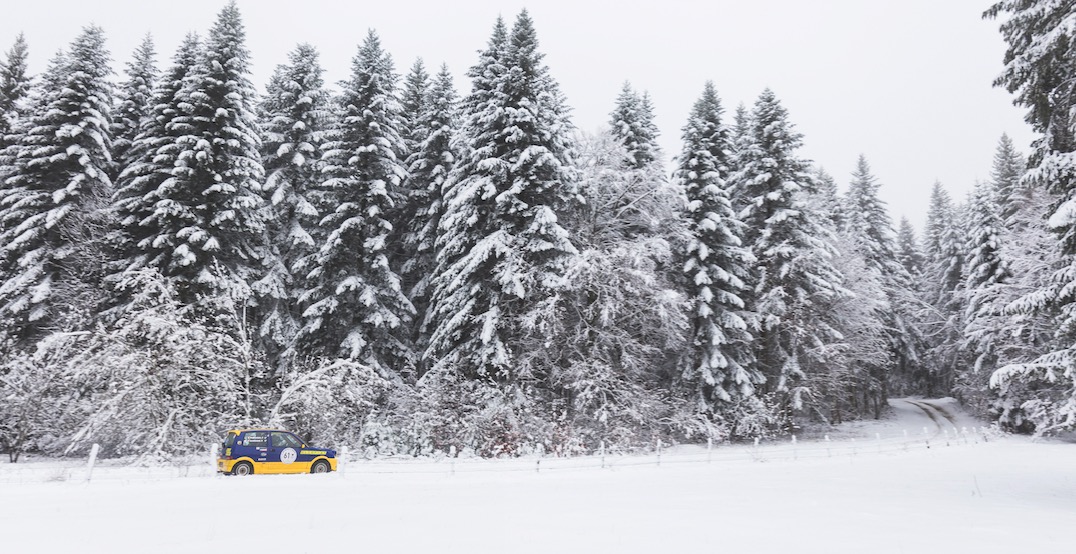 Winners Romuald Sanseigne and Florin Fornassier in their Autobianchi A112 Abarth. “In the end, it was a small mistake that decided the place. We are so proud to achieve the double, Joël and Corinne taught us everything,” said Romauld of his uncle and aunt, who came second.  Photos Richard Bord Courtesy Zaniroli Classic Events

Counting on snow and ice for thrills, Zaniroli has opted for low target speeds, the fastest being 50kph.  “That means the event can run on open roads, which is much simpler for permits and less likely to cause problems with locals,” explained Zaniroli, who is also known for presenting co-drivers with unexpected navigational challenges and offering quirky intermediate checkpoints.  It is no surprise, therefore, that the 2020 rally attracted a lot of Belgians, considered by many to produce the most proficient regularity runners in the world.  A separate set of results was kept for the 4x4 class, but all other classes were amalgamated into a single, combined scoresheet.

The 70 competitors convened at the Peugeot Museum in a wet and unseasonably warm Sochaux on Sunday, January 26 before running four stages at night on the way to rally HQ at Malbuisson.  The lack of snow made for a day of rather uninspiring trundling around on Monday and the gaps remained minimal until the longed-for snow started to fall on Tuesday morning.  Immediately, the Sanseigne family started to pull away from the rest.  Uncle Joël’s Autobianchi A 112 did most of the leading from nephew Romuald’s Fiat Cinquecento, but the two were rarely more than a few dozen points apart.  The two locals from Vesoul denied that their local knowledge explained their lead.  “There are so many trails around here that it is impossible to know them all, even for us,” said Joël.  “Our only advantage may be that we are used to driving in the snow.” 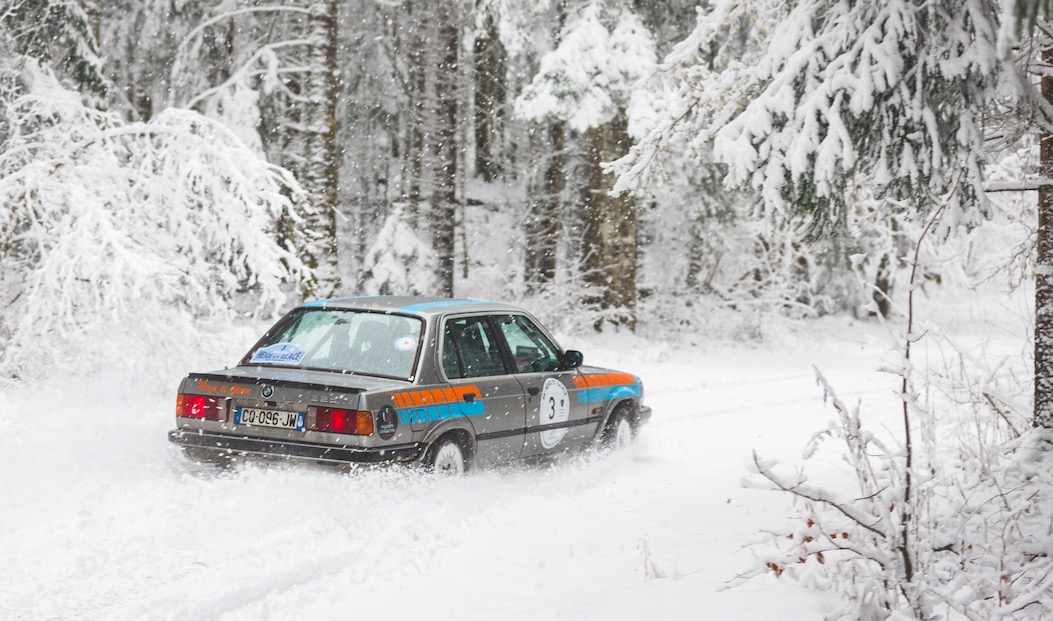 “It was too easy the first two days ... until it became much more complicated in the last two.” quipped Arnauld Euvrard, who lost the 4x4 contest

The rally climaxed with a couple of stages around Malbuisson itself on Wednesday afternoon, including the penultimate stage on the daunting, snow-covered forest tracks of Rochejean.  That, in fact, was where the event was decided.  First, four-time winner Yves Deflandre threw away a certain podium finish when he ran his Porsche Carrera off the road.  He profusely thanked the competitor who stopped on the stage to pull him out.  “That is an example of the great atmosphere at this event.  There were a whole lot of people out there helping others out.  Hats off to them and we will just have to do better next year,” he said.

Joël Sanseigne looked to have the event in the bag until he made a big mistake on the very same Rochejean stage, allowing his nephew to slip ahead.  Romuald’s victory was secured when the ultimate stage (the second running of Rochejean) was cancelled due to the event running late.  “It didn’t matter,” Joël sportingly admitted, “because I would not have made up the deficit anyway.  It is hard to begrudge your nephew a victory.”  Romuald’s and co-driver Florin Fornassier’s youthful smiling faces told their own stories.  “We are convinced that the key was in running small, nimble cars.  You can stay much closer to the target speed, particularly out of tight corners, and at 50 km/h, the top speed difference to the bigger cars is irrelevant.  In the snow, our lightness and agility were even more beneficial.” 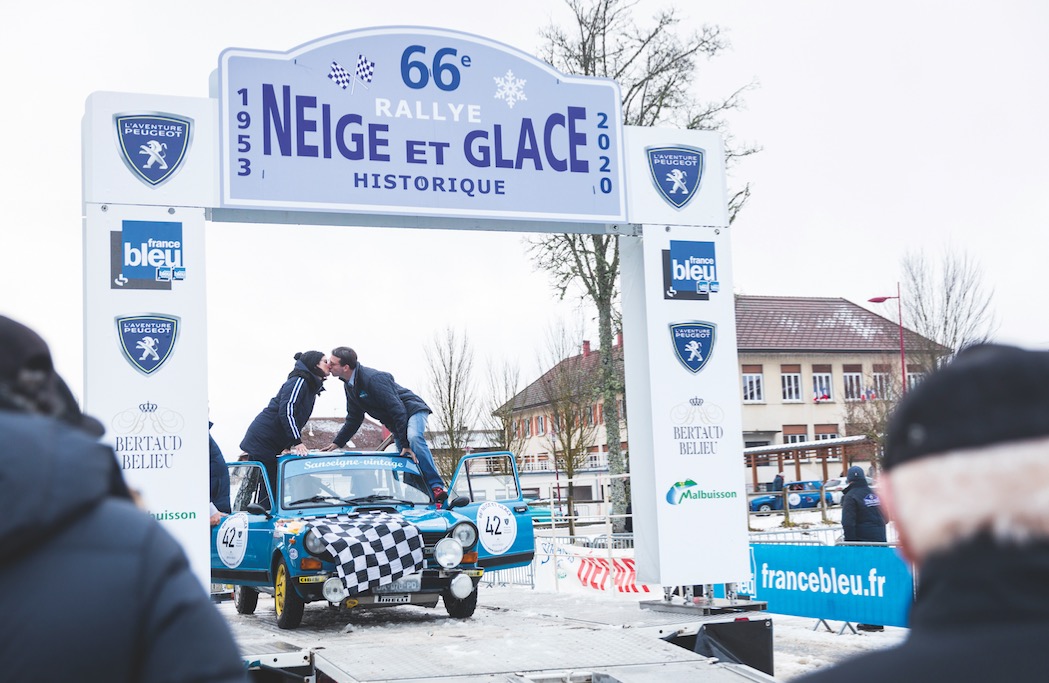 The 4x4 class, which consisted of seven BMW 325 IX’s, was won by Bernard Figuière and Isabelle Godin after their only real challenger, Arnauld Euvrard, took an excursion into the snow early on Wednesday.  His long face at the prize-giving ceremony betrayed his disappointment.  “He was so angry with himself that we won every single stage for the rest of the rally.” grinned co-driver and life partner and Adeline Paquiers.