The Silver Jubilee edition of Le Jog, the Land’s End to John O’Groats Classic Reliability Trial, was the UK’s final major classic rally of 2019, as 83 cars tackled the challenging and relentless 800-mile trek up the length of Great Britain. 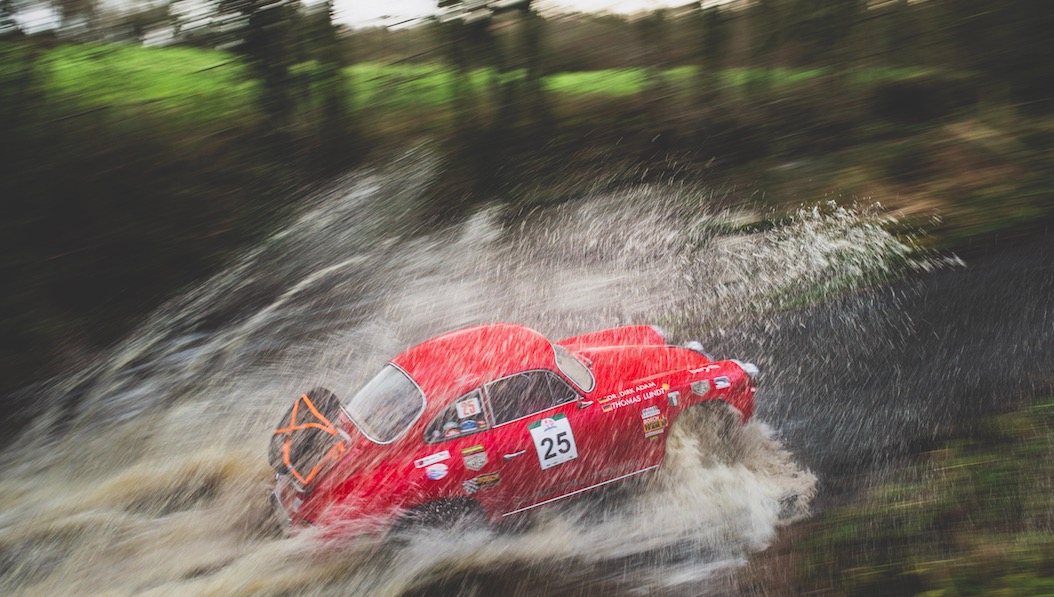 In keeping with the tradition of the event, there was no overall winner but six crews achieved coveted gold medal status when it all finished at the northern point of the Scottish mainland.  By the end of the marathon event, former stage rally driver Paul Dyas and co-driver Martyn Taylor (Volvo Amazon) had delivered the best overall result.  Stuart and Emily Anderson topped the pre-war cars to take gold in their Bentley Derby.  There was a late scare for Anderson before the rally started as his intended co-driver Richard Lambley was taken ill just before the start.  Instead, Stuart’s daughter Emily made a late dash to Cornwall to join her father, so their gold medal result was all the more meritorious.

Among the crews were Robert and Susan McClean, who were competig for the 19th time in their faithful Rover P4 100.  Although they had previously earned gold for their efforts, there was to be no medal this time around.

As the sun came up towards 8am on Saturday morning, the crews headed straight into a special test around the headland path at Land’s End, Britain’s most south-westerly point.  This was the start of a long and arduous opening leg that took the crews up through Cornwall, Devon and Somerset and then across the border into Wales.  There was a short supper halt after tackling the infamous Caerwent military base and then a tough section up through Wales before a welcome halt near Chester in the early hours.  Heavy rain and strong winds in Wales simply added to the challenge, particularly for those competing in open cars.

Some crews only had two or three hours of sleep before it all started again for the next leg up to Gretna Green, just over the Scottish border.  A dozen cars didn’t make the Sunday morning re-start, including the pace-setting 1928 Ford Model A Special of Bill Cleyndert, which retired with engine problems.

From Gretna Green, the challenge stepped up even further with one two-hour break in a 30-hour trek up the length of Scotland with some icy patches added to the mix before the weary but elated finishers arrived at John O’Groats.

For a fuller report see out January February issue