The venerable Vintage Sports-Car Club’s first ever race meeting at Brands Hatch was to form the centrepiece of its 85th anniversary celebrations but thanks partly to the proximity of the M25, which was supposed to make travel so much easier in the south-east of England but is fast becoming a tourniquet round London, and an unfortunate Bank Holiday timing on 24 August, the celebrations were largely cancelled.  Several events did take place in the area organised by local members and happily what was left, a sprint and race meeting over the Brands Hatch Indy circuit was blessed with glorious hot weather, a large crowd and a good entry. 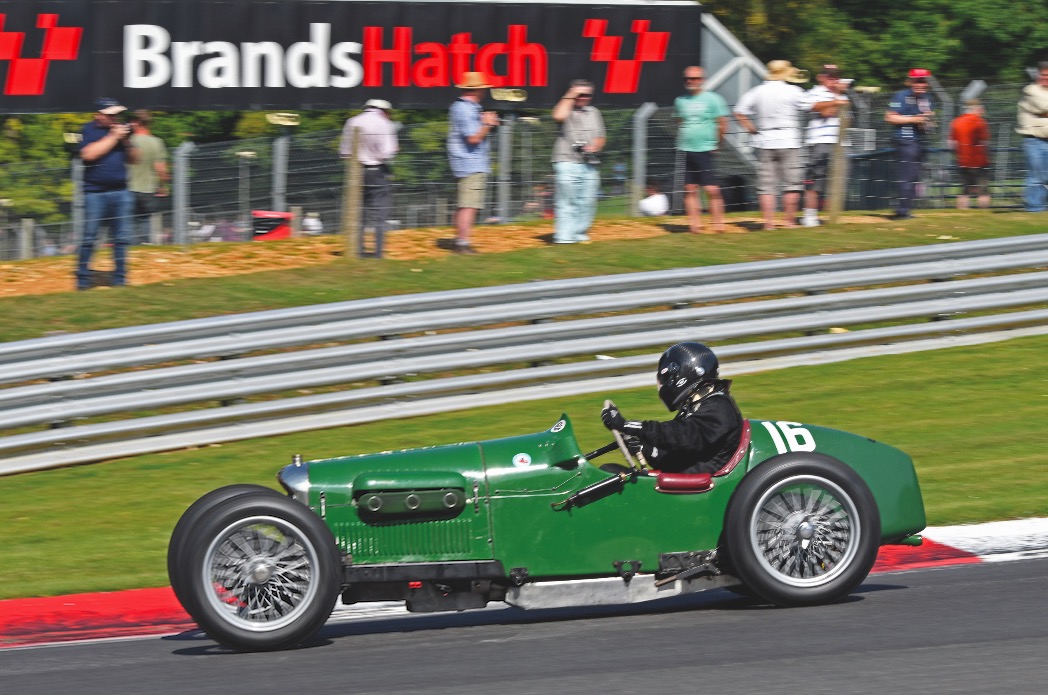 To make maximum use of the Club’s visit a sprint was held over 1½ laps of the 1.2-mile undulating circuit in the morning and because it was not a round of the club’s Speed Championship, a class structure by marques was adopted for the 60-plus entry.  After a practice run followed by two competitive runs the fastest time overall came from the Frazer Nash class with Tony Lees’ AC/GN Cognac beating Patrick Blakeney-Edwards’ Super Sports by 1.04 secs.  Third fastest overall came from the invited ‘modern’ class and the 1 litre Yamaha powered 2016 Fury Spyder of Chris Patten.

After the lunch break and practice sessions racing commenced mid-afternoon with the first of four 15 minute scratch races with Charles Gillett’s Frazer Nash Super Sports driven by Edward Williams on pole showing how effective it could be round the twisty circuit, pulling away from Chris Mann’s Alfa Romeo Monza.

Race 2 saw Frederick Harper in the Kurtis Indy Roadster, a veteran not only of Indianapolis but also of ‘The Race of Two Worlds’ at Monza, on pole by 0.61secs from Patrick Blakeney-Edwards in his Frazer Nash Super Sports.  Third behind the disappearing leading duo was Oliver Llewellyn in the family Bentley 3/8 litre after he saw off a challenge by Julian Grimwade in the Frazer Nash Single Seater. 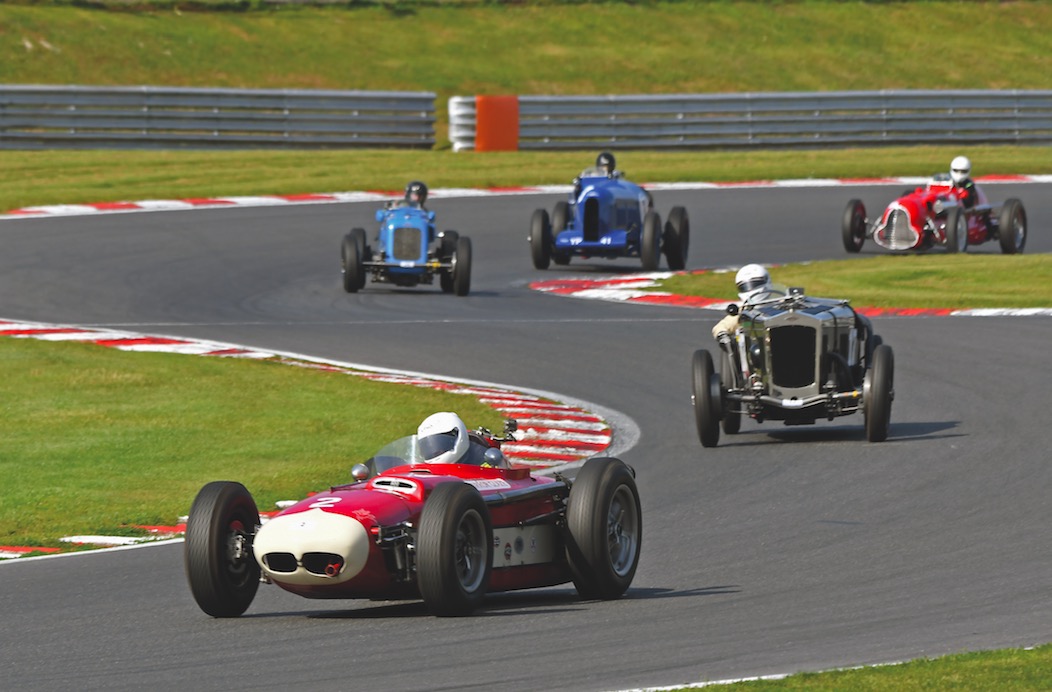 Frederick Harper in the Kur s Indy Roadster, a veteran not only of Indianapolis but also of ‘The Race of Two Worlds’

Next up was 15 minutes for the invited Triple M Register with one interloper among the MGs.  Rodney Seber had the cheek to claim second on the grid in his Wolseley Hornet Special, 0.8secs slower than

Oliver Sharp’s MG N Special led all the way in the race for the invited Triple M Register until the penultimate lap when it pulled off on Cooper straight to hand victory to Charles Goddard upholding MG honour in his PA-PB.

The final scratch race saw a comfortable win from pole for Patrick Blakeney-Edwards’ the Frazer Nash Super Sports ahead of Julian Grimwade’s ‘Nash Supersports and Julian Wilton in ERA R7B.

The meeting closed with two 6 lap handicap races, the handicaps for which are always difficult, this time compounded by the fact that the cars and drivers had never raced at the circuit before.  The first race resulted in a win for James Edwards’ Morgan Super Aero, from William Twelvetrees driving the oldest car present, a 1910/11 Wolseley 16/20.  The second six-lapper, which closed the meeting, favoured those starting from the 20-second mark, these providing the first four in the order John Moss (Austin Seven Sports) Mark Hayward (Alvis Front Wheel Drive) and David Furnell (Austin 7 ‘The Toy’).  Twenty seconds covered second to twelfth at the finish.

It was a very enjoyable first visit by the VSCC to Brands Hatch and seemed to go down well with the drivers and spectators as well as visiting car clubs, it remains to be seen if it is repeated.