‘Lucky’ and Fabrizia Pons have continued their winning streak in the European Historic Rally Championship in their Lancia Delta Integrale 16V with a storming drive on the Rally Weiz Historic, winning all but two of the 14 special stages in the Austrian round of the Championship on the weekend of 18-20 July. 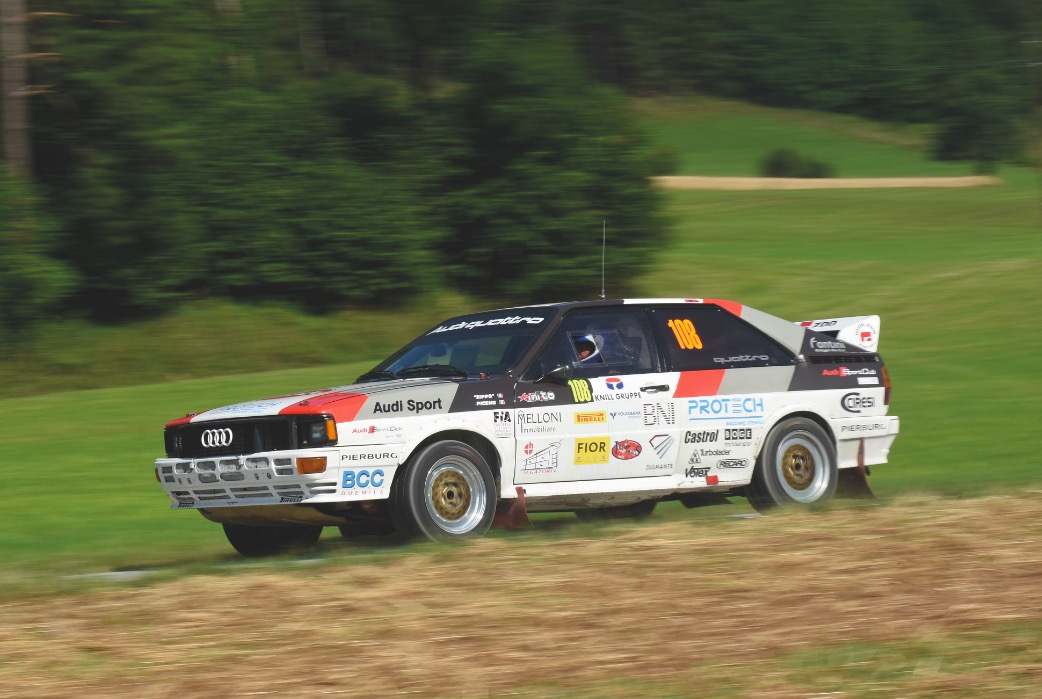 The first day already saw the Italian pair with a lead of 1m25.2s ahead of their nearest rivals and well ahead of the second placed Category 4 competitor after the Porsche 911 SC of championship leaders Mats Mysell and Esko Juntilla suffered a technical problem on the fourth stage of the day.

The Audi Quattro of compatriots ‘Zippo’ and Denis Piceno ended the day in second overall and in the lead of the Category 3 battle, over 2 minutes ahead of Austrian crew and reigning category champions Karl Wagner and Gerda Zauner in their Porsche 911.

Swedes Anders and Ingrid Johnsen ended the day in third overall at the head of the ultra-competitive Category 2 battle, finishing the day ahead of championship leaders Paolo Pasutti and Giovanni Campeis in a similar Porsche.  The third placed car in the category was the Porsche of round 4 winners Carlo Mylle and Steven Vyncke, in ninth overall.

The Ford Escort Twin Cam of Ernie and Karen Graham was once again the car to beat in Category 1 and the British crew ended the day in 15th place overall and over two minutes ahead of their nearest class rivals, taking 3.5 minutes from championship leaders Antonio Parisi and Giuseppe D’Angelo in their well-campaigned Porsche 911S.

The Italian Lancia crew went on to post the fastest time on six of the eight special stages on Day 2 to finish the rally with a time of 1 hour 40 minutes and 55.0 seconds, 1m46.7 ahead of the BMW M3 of Will Graham and Michael Johnston, their nearest Category 4 rival.  Jari Latvala and Jouni Saarijarvi took their Toyota Celica GT-Four to third in the category.

Second overall and first in Category 3 ‘Zippo’ and Denis Piceno in the Audi Quattro added maximum points to the class win they secured last month on the Ypres Historic Rally in Belgium, finishing ahead of reigning class champions Wagner and Zauner, who spent the day trying to close the gap after their off on day 1.  Pentti Veikkanen and Timo Jaakkola finished third in class and sixth overall, which enabled the Finns to maintain their Category 3 championship lead after five rounds, with 62 points to the 58 points of fellow Finns Esa Peltonen and Jyrki Saarto who finished 4th in class in their Toyota Starlet. 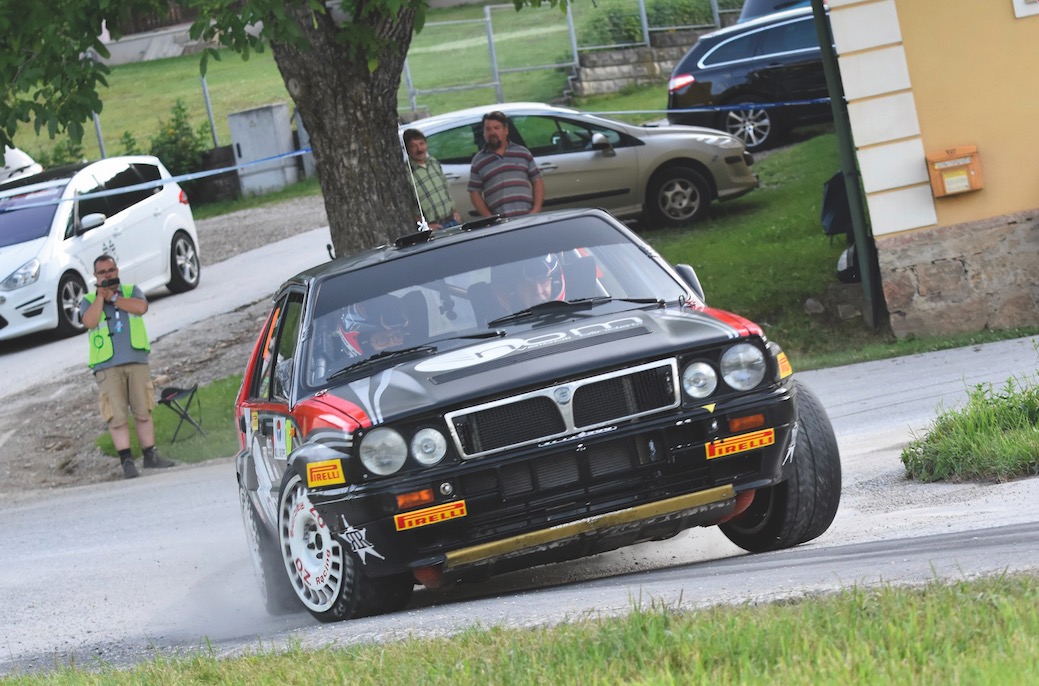 ‘Lucky’ and Fabrizia Pons stormed through the stages

Overnight Category 2 leaders Anders and Ingrid Johnsen started the day well despite an ignition problem in their Porsche, but on SS10 the Pirelli rain tyres Johnsen had fitted to the car overheated and he spun off the stage.  There was no damage to the car but it was the end of the rally for the Johnsens.  This left the Porsche Carrera RS of Paolo Pasutti and Giovanni Campeis to finish the rally in 4th overall and pick up the class lead ahead of Mylle and Vyncke.   Mylle still leads in the Category, on 66 points to Pasutti’s 59.

After the disappointment of retiring from the lead with gearbox failure in Ypres last month, Ernie and Karen Graham took the Category 1 victory, finishing in 13th place overall and six places ahead of championship leaders Parisi and D’Angelo.  The BMW 2002 Ti of Elias Kivitila and Timo Tuominen was the third EHSRC class 1 championship contender home in 21st place overall.