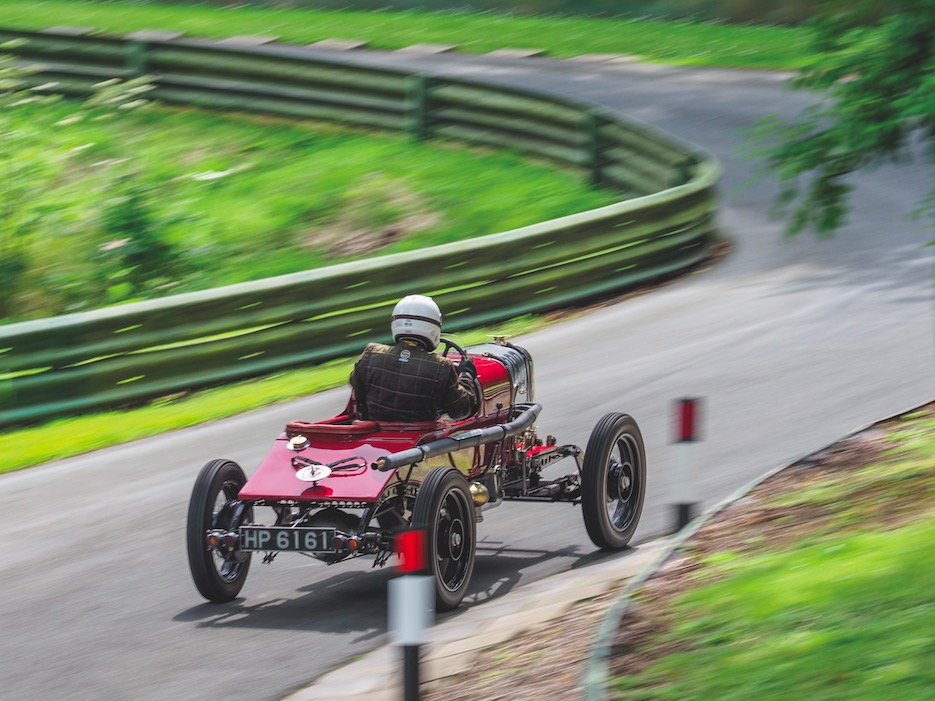 Patrick Blakeney-Edwards returned the ex-Fane 1929 Frazer Nash Shelsley to the hill where it appeared at the inaugural VSCC meeting in 1938 when it set a time of 48.59secs compared to the FTD of 47’62” from the Freikaiserwagen.  This year it did 45’40”.  With 15 different classes each with a 1st and 2nd and many with additional ‘Vintage’ awards it is almost a case of ‘everyone gets a prize’ but the coveted ‘Overall FTD’ went to James Baxter’s well driven and developed 1934/5 ERA engined Riley Special entered by D.G. Hawkins with a time of 40’36” on the first of his two runs. 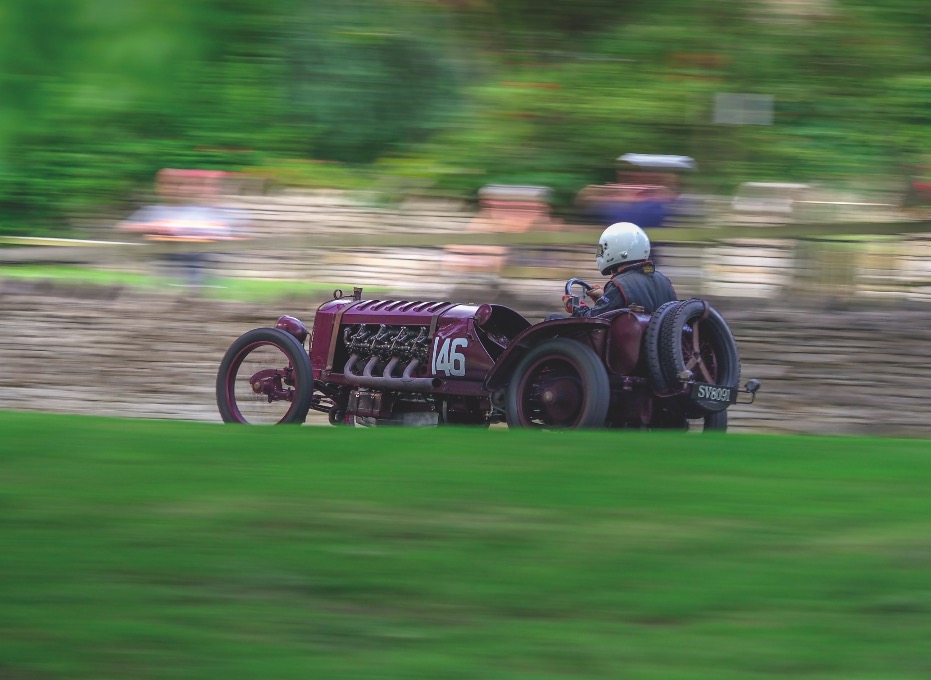 The famous ex-Raymond Mays ERA R4D driven by Nick Topliss was second on 41’73” and another ERA, R12C, driven by James Crabb won the award  for ‘Fastest Young Driver’ with a time of 42’57”.  Fastest ‘Vintage’ was another well known hill car the AC/GN Cognac of Tony Lees at 43’01”.  A wonderful traditional event set in the glorious Gloucester countryside and this year blessed with appropriate weather. 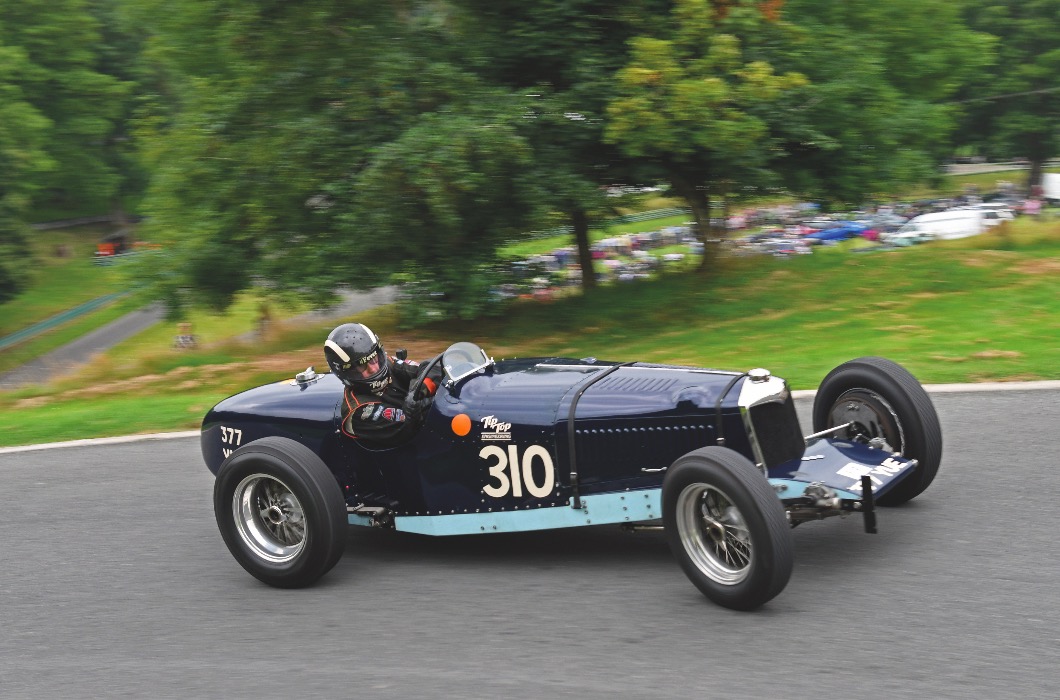